CLEARWATER, Fla. - The Philadelphia Phillies are headed to Clearwater for their 74th annual spring training season in the Bay Area. But before practices can start up this week, their gear needs to be ready.

Sunday morning, two trailers full of the team's equipment and supplies rolled into Spectrum Field. The team brought with them everything needed for the season, including over 2,000 baseballs, 1200 bats and 900 pairs of socks. They even managed to bring a hot dog launcher to use during games.

"A lot of this stuff we will take back to Philadelphia, I mean when we purchase this in the off-season, it's to finish the whole season," said Dan O'Rourke, the teams equipment manager. 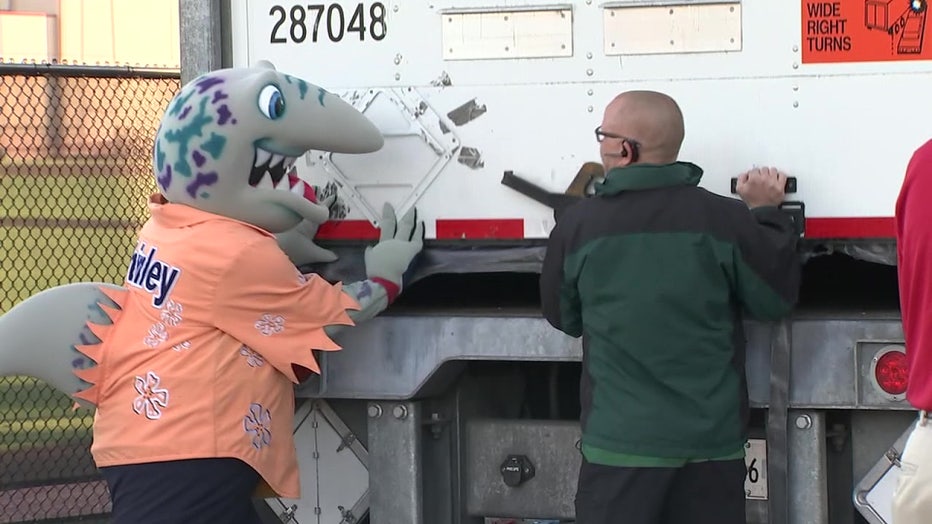 Returning to Clearwater is somewhat of a homecoming for the team, as Clearwater has been the team's home away from home for over seven decades.

"It's a great relationship between the Phillies and the city of Clearwater," said O'Rourke. "So, it's special to come down here."

After traveling more than 1,000 miles from Philadelphia to Clearwater, the trailers, full of supplies, were greeted by dozens of people waiting to help unload. Even Clearwater Mayor George Cretekos was ready to lend a hand.

"I felt that I needed to be here to welcome them and let them know that we appreciate that them coming back to our city," said Mayor Cretekos. 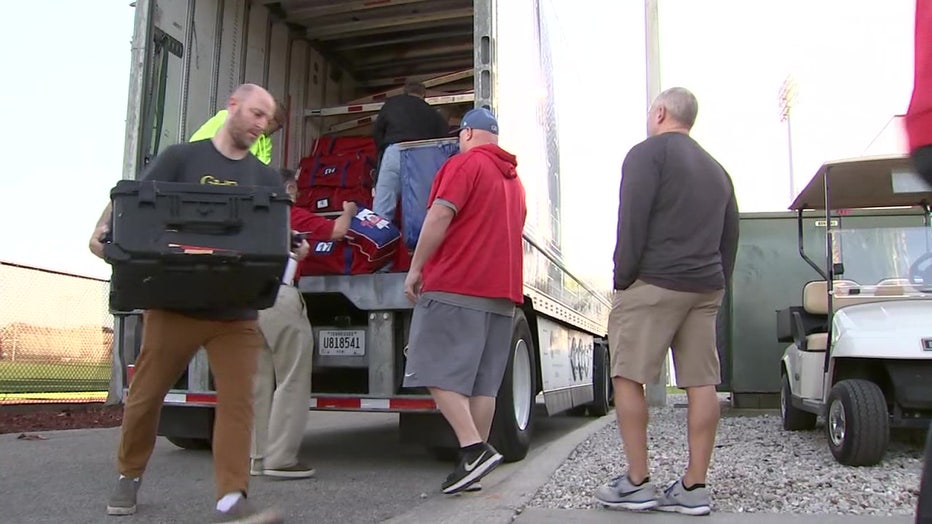 With players and fans excited to kick off the season and find some warmer weather, Clearwater always gets thousands of extra visitors as a result of the spring training season.

"Especially this time of year, Clearwater's going to be a sea of red with all the Philly fans," said the mayor.

It's something Mayor Cretekos looks forward to every year.

"This is the time when you can go up to a ballplayer and he'll give you his autograph and he'll sit and talk to you," said Cretekos. "Whereas during the regular season, it's much harder to get to." 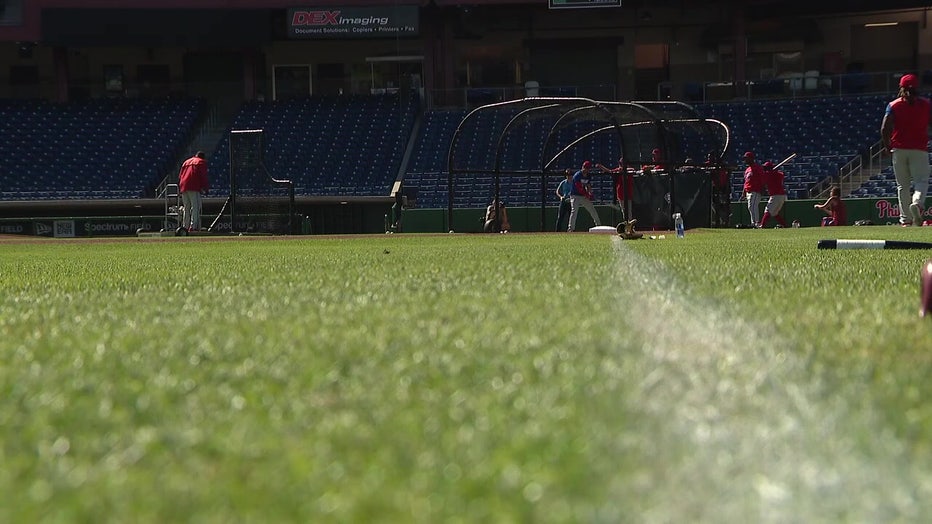 Spring training practices are open to the public.