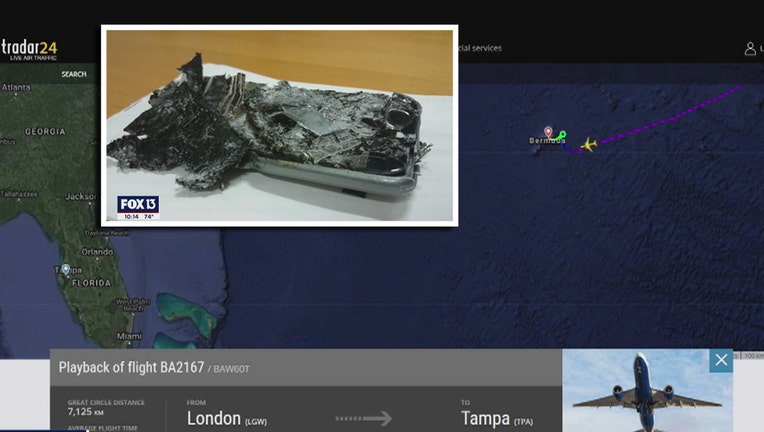 TAMPA, Fla. - A plane bound for Tampa made an unexpected landing in Bermuda last week after one of the seats began to smolder.

Passengers on British Airways flight 2167 from London last Thursday afternoon said they were somewhere over the Atlantic Ocean when they noticed smoke coming from the seat.

British Airways says it was caused by a cell phone that fell into a fully-reclined seat, causing its lithium battery to overheat and catch fire.

Passenger Andrea Vitti said she expected an uneventful 10-hour flight from London Gatwick to Tampa International Airport, but it wound up being anything but.

"An air steward kind of ran to the back of the plane where we were sitting and grabbed what looked like a fire extinguisher," Vitti told FOX 13. "So, I didn't think that was too good."

About eight hours in, as the Boeing 777 soared over the Atlantic Ocean, a passenger's cell phone got stuck inside a seat. Flight attendants will tell you to alert them right away if this happens because this can quickly turn into an emergency.

"The guy tried to retrieve it himself which was the issue," Vitti said. "It broke the lithium battery and there was flames and smoke coming from the chair. The smoke was pretty much contained straight away."

While flight attendants contained the fire risk, pilots diverted to Bermuda International Airport, where fire crews were waiting. Passengers evacuated and the plane was inspected.

"You could start smelling a bit, almost like an electrical fire smoke smell," Vitti said. 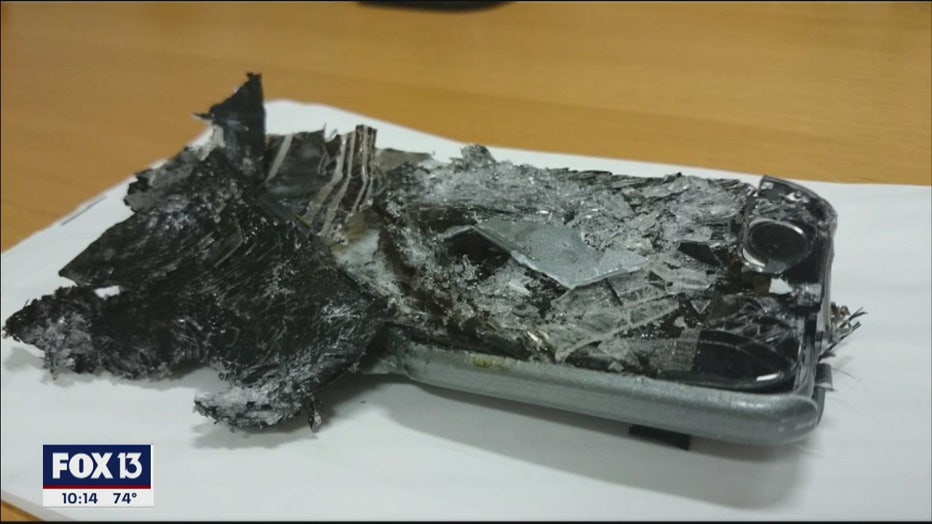 The FAA is aware of at least 45 lithium battery incidents reported in 2019 and four so far in 2020. The reports include phones catching fire after being dropped, portable chargers overheating and e-cigarette batteries smoking in carry-on luggage. If you bring a device with an approved battery, you have to be extremely careful.

"As soon as we got back on the plane, they were like, if anyone drops their phone, do not touch it. Call for our attention," Vitti said.

According to Vitti, the entire seat was removed, the mangled phone was retrieved, and the flight went on to Tampa, about two and a half hours behind. 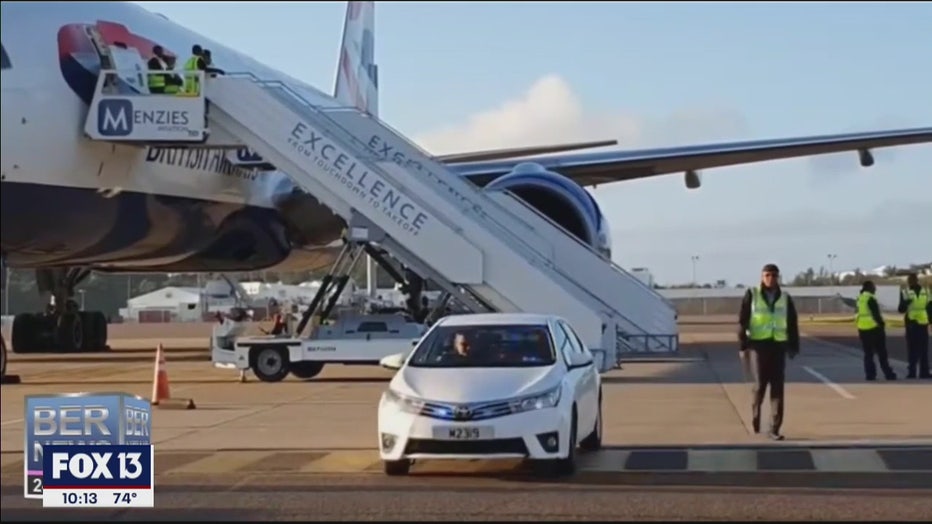 "They were giving us drinks and snacks and stuff like that," Vitti said. "Once we realized we were going to get back on a safe plane, everyone was pretty relieved and it didn't take too much time out of our journey."

British Airways told FOX 13, "Safety is at the heart of everything we do, and we are very sorry for the delay to our customers’ travel plans. We did everything we could to minimize the delay after our flight diverted to Bermuda as a precaution after a mobile got stuck in a seat and overheated. Our customers were looked after and offered refreshments.​"