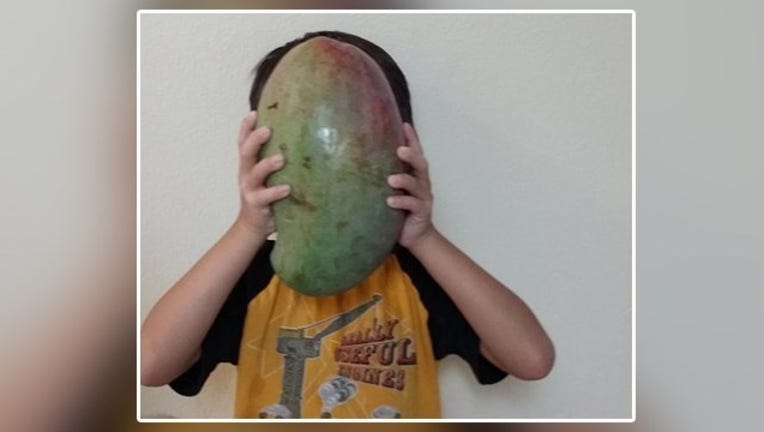 These are not your average, grocery store mangoes. Because of the heavy rains recently, a mango tree in the backyard of a Holiday home has been dropping its fruit, and what's coming off the tree is gigantic.

Uyenn Phuong of Pinellas Park said that the tree is in the backyard of her in-laws' home. The mangoes, 8 total, have fallen and their average weight is somewhere around six pounds.

To put it in perspective, the photos of the mangoes show that they are larger than Phuong's young son's head. The current Guiness World Record for the heaviest mango is about 7.57 pounds, and that's in the Philippines.

Phuong said her father-in-law gardens and he bought the mango tree at the Mustang Flea Market in Pinellas Park, but said she doesn't know if he does anything to make the fruits grow this large. "When he first bought it, it was just a little tree in the pot," she said.

After cutting into one, she said it's very crunchy and very sour, but said she likes them that way. There are still two fruits left on the tree, Phuong says, and they're weighing down the tree. So Phuong's husband has had to buy wood and sticks to stabilize the branch they're hanging on.