Getting law enforcement to a scene quicker could mean the difference between a life saved and a life lost. That's why PCSO launched Live 911, and the new technology was recently rolled out to all 560 patrol deputies on the force, which can be viewed on their laptops.

Traditionally, when someone dials 911, the call is answered by a call-taker who transfers the details electronically to a dispatcher, who relays it to an officer in the field. This means deputies hear things like the location and nature of the emergency third-hand. 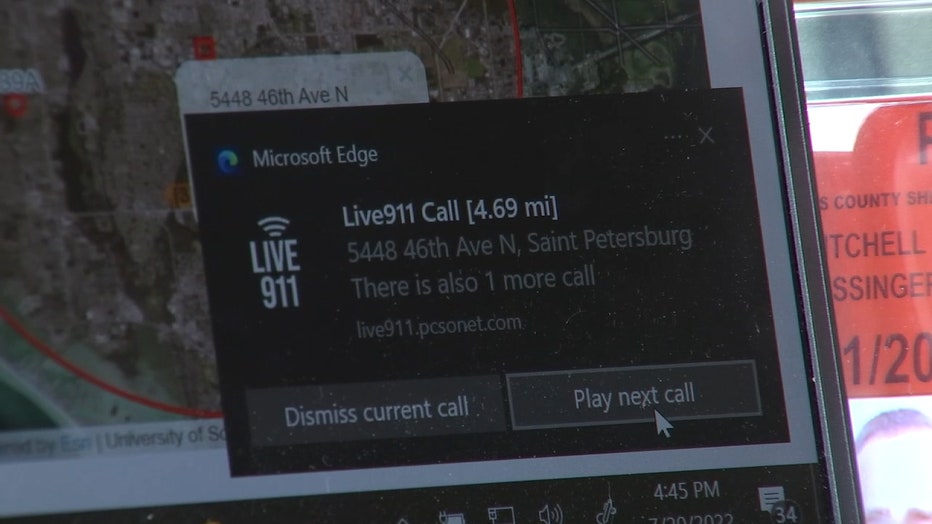 The Live 911 pop-up is displayed on a Pinellas County deputy's laptop.

"By the time the cop gets it, you got a lot of steps in that process, so you've got a delay," said Gualtieri.

Live 911 will allow Pinellas County deputies to hear calls for help in real-time. The system live streams the 911 call, so offices can listen in. They can even see exactly where the emergency is happening on a map.

"It's going to get them there much quicker. You know, I hear it every day where people get on the radio and say, you know, I’ve arrived at the scene, I heard it on Live 911," explained Gualtieri.

Patrol deputies use geofencing to mark their assigned area, allowing them to hear any 911 calls that happen within that boundary. 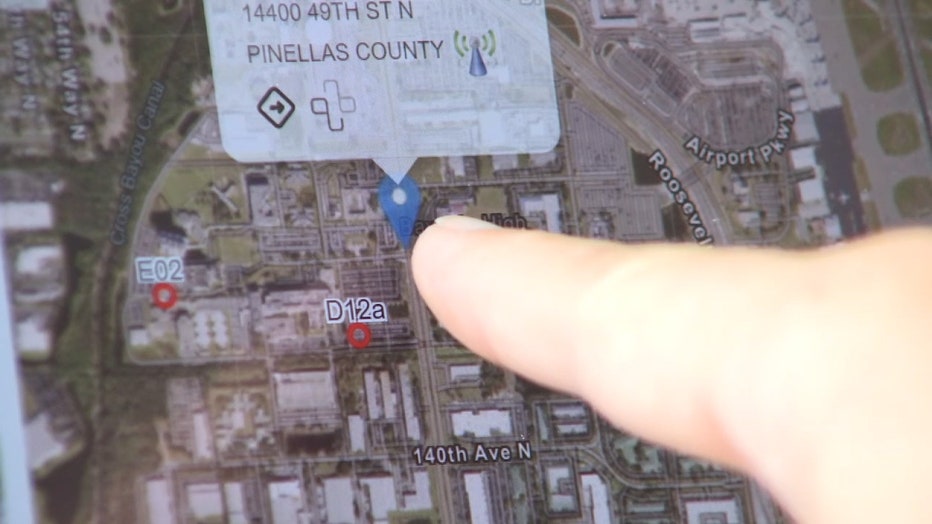 Pinellas deputy points at location on map in relation to a live 911 call.

Gualtieri said it could be a suspect description that leads to a faster arrest, a drug overdose and a deputy nearby administers Narcan, fires, medical calls, any emergency officers are close to and can respond.

Soon, Live 911 will be in even more parts of Pinellas County with at least four other law enforcement agencies planning to launch the system. Gualtieri said it should be up and running and officers trained by mid-August.