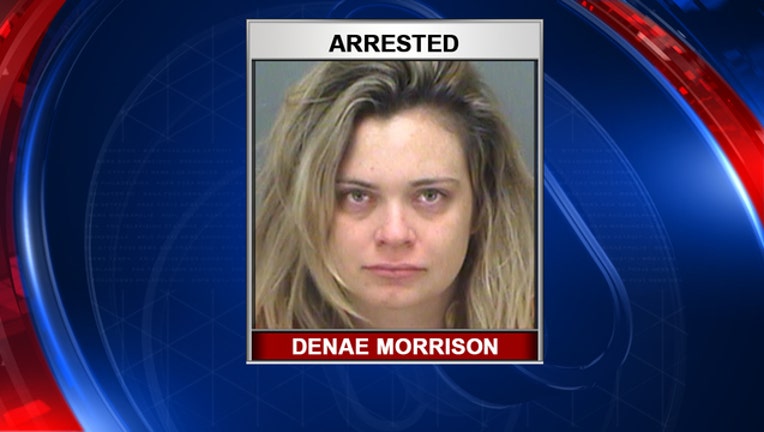 PALM HARBOR, Fla. (FOX 13) - Even though the saying goes, "No laws while you're drinking Claws," one woman in Palm Harbor learned the hard way not to take that phrase literally.

Deputies arrested 32-year-old Denae Morrison after she was caught drinking a can of White Claw while driving on US 19 in Palm Harbor.

A deputy pulled the vehicle over to find Morrison behind the wheel with a "strong odor of an alcoholic beverage on her breath."

An arrest affidavit said Morrison appeared disheveled: "Her hair was in a nest, her skirt was sideways and her shoes were off," the deputy wrote.

According to the affidavit, Morrison was swaying and leaning against her car to keep her balance, and her eyes were bloodshot, watery and dilated.

The deputy said she showed signs of impairment during the field sobriety tests, but refused the breathalyzer test.

"If I do the breath test it is an automatic DUI," Morrison told the deputy.

However, she did admit to drinking while driving, saying, "I had a drink at noon and two while driving home -- well, in the car. They are only 5%."

Morrison was arrested and charged with DUI. Her bond was set at $500.