At Big Storm Brewing, giving back tastes like a honey wheat orange ale.

"Very tasty, quite tasty, and the fact that the proceeds from this go to help the people here in need is very, very good," said Keith Slater.

The Treasure Island man and his wife came to the taproom Thursday specifically to try the new limited release beer, Hops for Hunger. It is a collaboration with Feeding Tampa Bay. 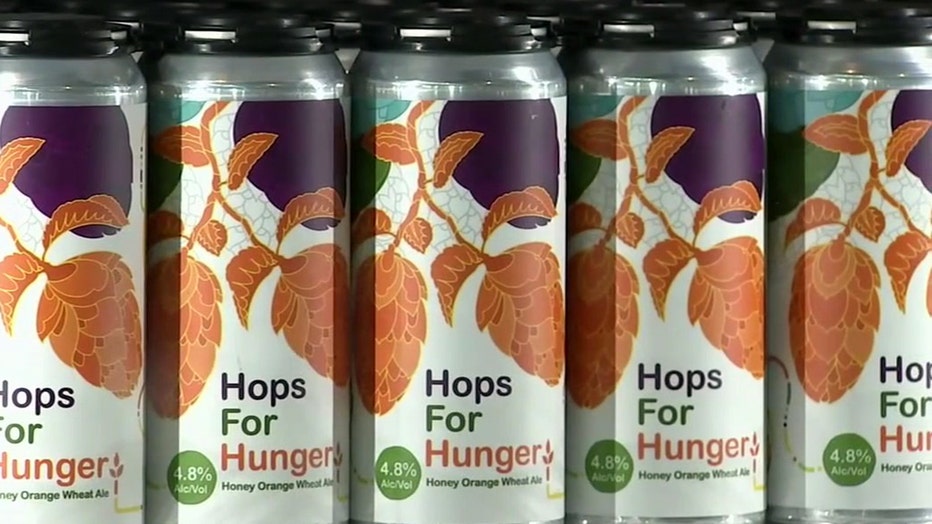 "Our logo is a wheat stalk, so the beer kind of brewed itself," laughed Matt Spence, Chief Program Officer for Feeding Tampa Bay.

We are told 10% of every sale goes back to the hunger relief organization, so each pint has a purpose.

"We brewed a small batch, so it's about 30 barrels worth of beer," Shannon Brooks, Head of Sales, Marketing and Taproom Operations for Big Storm Brewing said. "The faster this beer gets consumed, the more money they make, and the faster we can brew the next batch."

Since 2020, the need our 10-county region has only increased. About 1 million people are food insecure, and Feeding Tampa Bay served nearly 95 million meals last year.

Laws that could help growth in Florida's craft beer industry

Local craft brewers are headed to Tallahassee. Among other things, they want the right to distribute their own beer to stores and restaurants. Currently florida law says it has to go through a "distributor". But craft brewers want that changed.

"What the pandemic really did was show everyone how close people were to having that need. You know, it was your neighbor; it was your local business owner. It was the person who cut your hair, or served your beer," said Spence.

So many people just one layoff, tragedy or natural disaster away from needing assistance.

Feeding Tampa Bay relies mainly on donations to keep up with demand, so cracking open a Hops for Hunger does make a difference.

Right now, you can enjoy a pint or pick up some cans to go at any of Big Storm Brewing’s four taprooms across the region. However, they hope to take this collaboration even bigger.

"Work with some of our retail partners, both with retail chains and some different restaurant companies and things like that." Brooks said. "To really help the community and help their cause, which we believe in wholeheartedly."