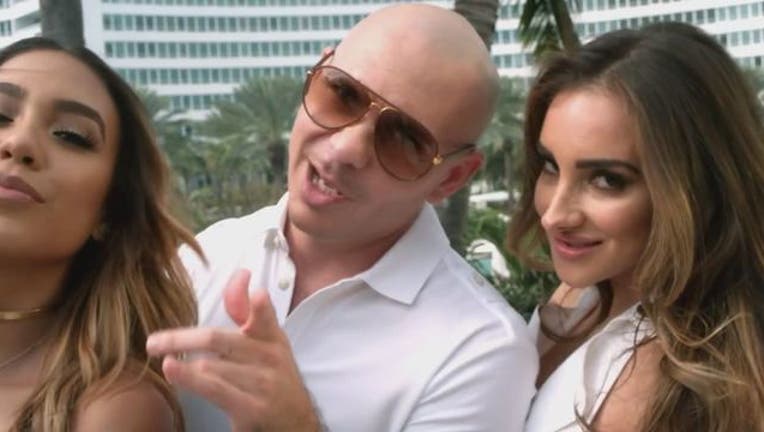 TALLAHASSEE (NSF) - The Miami rapper Pitbull released details Thursday of a controversial $1 million deal to promote Florida, two days after the state House filed a lawsuit to try to get the information.

But while the House intends to end the lawsuit, House Speaker Richard Corcoran said lawmakers will continue their "dogged pursuit" of how government agencies spend taxpayers' money.

Pitbull, whose real name is Armando Christian Perez, released via Twitter his 11-page contract with Florida's tourism-marketing arm Visit Florida, The contract outlined the terms of the $1 million deal that expired June 30 to promote the state through videos, social media and at concerts.

"FULL DISCLOSURE --- FLORIDA," Perez tweeted. The caps were his.

The release came after House attorneys filed a lawsuit Tuesday seeking a ruling on a claim by PDR Production that the contract from the 2015-2016 fiscal year included trade secrets that kept terms of the deal out of the public. The lawsuit, filed in Leon County circuit court, also sought immunity from civil action for House members and staff if they potentially disclosed terms of the contract.

"It is unfortunate that it took litigation to lift the veil of secrecy on this particular contract," Corcoran, R-Land O' Lakes, said in a prepared statement Thursday. "This was a long, unnecessary journey through claims of trade secrets, threats of prosecution, and corporate welfare paid for by taxpayers."

Lawmakers want to discuss the rapper's contract, along with separate deals with London-based Fulham Football Club and an IMSA racing team, as they review Visit Florida's request for $76 million in state funding next year. The Fulham Football Club deal is worth $1.25 million in the current fiscal year, while the IMSA deal is valued at nearly $2.9 million.

"The volume of millions of dollars wasted of taxpayers' money to promote the state of Florida, when the reality is that not one single (piece of) evidence is out there to suggest that there is a correlation between the amount of money we spend on advertising and the amount of tourists," Corcoran said while appearing Thursday on WFTL radio in West Palm Beach. "This agency didn't even exist prior to 1996. And guess what, we had tons of tourism. Tourism is determined upon the economy. When people are doing well, they come here more. When they're not doing well, they come here less. It doesn't matter how much we spend."

House Minority Leader Janet Cruz, D-Tampa, called the disclosure a "win" as Floridians can now judge if the contract was a good deal for the state.

"For state government to be fully accountable to the people of Florida, these decisions must be made without secrecy and in the sunshine at all times," Cruz said in a prepared statement. "There is no excuse for a lack of transparency when it comes to how taxpayer dollars are being spent. With the many challenges currently facing our state, we must ensure that every tax dollar spent is gaining the greatest benefit for every Floridian."

Gov. Rick Scott on Tuesday questioned the lack of transparency about the rapper's contract, calling it "ridiculous." But he retained support for Visit Florida's efforts to attract increased numbers of tourists to the state each year.

The dispute involved Perez's production company, PDR Production, which claimed trade secrets were in the contract.

The contract details a number of previously released details.

Among the provisions, Perez would do promotional work through a New Year's Eve celebration in Miami; during at least one live appearance in South Florida; by appearing in a video series encouraging people to visit popular Florida spots; through foreign appearances; and through a video for the song "Sexy Beaches" that has drawn questions from some state lawmakers.

Corcoran on WFTL said he's heard from people expressing disappointment in the video "or even in harsher terms, it's an objectification of women."

"The logic is that it was necessary --- that video that we all watched --- to attract millennials," Corcoran said. "As if there was no other way we could get millennials to come and vacation in Florida."

Because of the questions raised over the secrecy the contract, Visit Florida President & CEO Will Seccombe has said that the agency no longer enters agreements that can't be made fully public.

Seccombe also contended Visit Florida has received $8.50 in media attention for every $1 invested in the Pitbull program.

"We don't ever do anything based upon gut instinct. This was a strategically based decision, a lot of metrics in place,” Seccombe said Wednesday.

Perez's tweet included a link to the contract and a message expressing pride in serving as a tourism ambassador to Florida.

"It's been an honor to represent Miami and the Sunshine State," Perez posted. "I've taken Miami and Florida worldwide --- WAY before any contract, and will do so way after. I love my home state. When asked to take on a New Year's show, I INSISTED it be live from Florida. #LoveFL since birth . . . and til the day I die. Dale!”