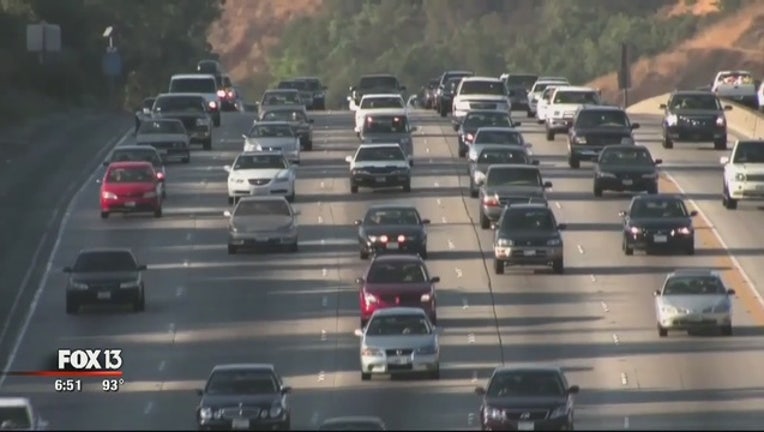 TAMPA (FOX 13) - The group responsible for the proposed transportation sales tax increase on the November ballot released its first detailed breakdown of the projects that could receive funding should Hillsborough County voters approve the referendum.

Tyler Hudson, with All for Transportation, said just about every road in the county would see improvements.

"Our roads are in poor shape right now. They're too congested. They're too potholed. There aren't enough turn lanes in the correct places," he said. "We're talking about fixing potholes, making lights work better, smart traffic lights, things like that, adding turn lanes."

Hudson said a large chunk would be used to expand bus service, which has been cut down in recent years.

Not everyone, however, is on board.

"The transportation tax is all about the wants of downtown developers and wealthy sports team owners," Karen Jaroch has previously told FOX 13.

Jaroch is the former Vice Chair for HART bus line and now lobbies for the conservative organization, Heritage Action for America. She wants to stop this tax in its tracks.

"They are selling this as road improvements, but this is is a backdoor way to fund a rail system that is not cost-effective," she said.

Hudson said that just not true but adds rail is not out of the question down the road.

Hudson said every road in the county would also have potholes filled and be re-surfaced. Traffic light timing would be improved at more than 640 intersections and roughly 600 miles of new traffic lights would be added.