Termites destroyed a Plant City family's first home before they even moved in. They encourage others to know the signs of termites themselves.

PLANT CITY, Fla. - A first-time homebuyer's dreams are literally crumbling before their eyes. The Gilbert family showed FOX 13 News what they discovered in hopes of saving other homebuyers from the same disaster.

“The termites have destroyed just everything. The structural stability of this house is in question and yet I've got a 30-year mortgage on it,” Jared Gilbert said.

The Gilberts hired a lawyer who specializes in termite cases after realizing they could poke holes in wooden studs using just their fingers.

Pete Cardillo with the Cardillo Law Firm said an inspection company's report said there were no signs of termites. He said clearly something was missed by someone. The family reached settlements with the property insurance company that insured the house to sell, a pest control company, and the original seller. The terms of those settlements are confidential.

Meanwhile, the Gilbert family has a new name for what was supposed to be their kids’ bedroom - the termite room. That's where they first ran into trouble.

“We were just dusting and my hand went through the wood right there,” Gilbert demonstrated, poking the walls and ceiling, which cracks and crumbles with very little pressure. 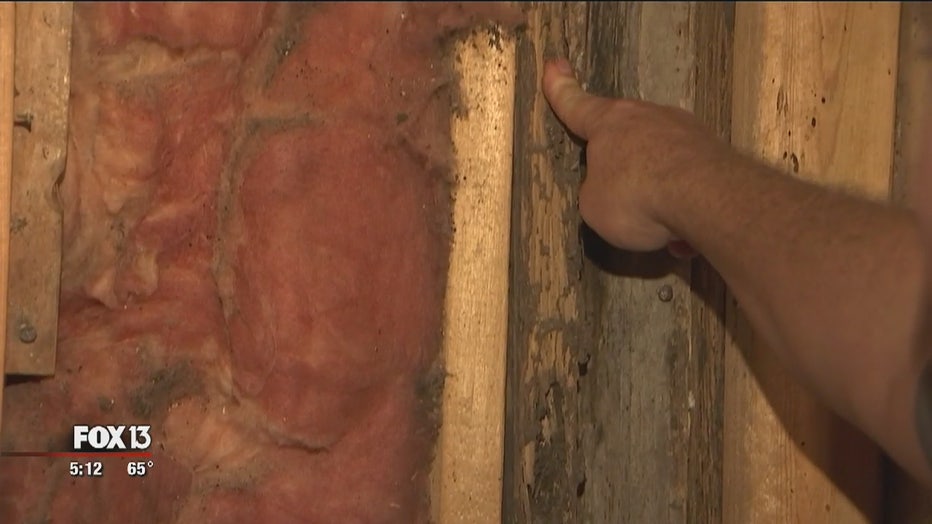 And when they began their plan to expand their shower, they found more damage.

“You can see the wood is falling over,” Gilbert peeled at the wall, which came apart in his hands.

He pointed inside the wall to a brand new piece of wood holding up the termite-damaged planks.

“Somebody came in and attached this stud to this piece of wood," adding he believes someone knew there was termite damage before they moved in.

In the back yard, their shed is also devoured.

Their attorney encourages homeowners to learn the warning signs of termites themselves. 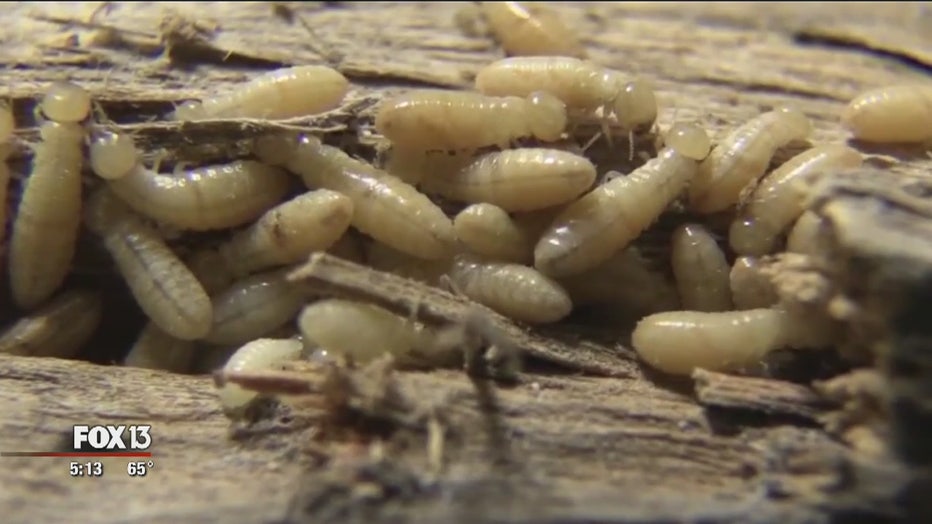 There are two different kinds of termites: dry wood termites and subterranean.

Dry wood termites can leave behind black or dark brown pellets that look like pepper as well as wings. Subterranean termites should be treated with chemicals like Termidor, which is placed in trenches around the home.

“Some of the signs of sub infestation are what’s called a mud tube, which are tubes made by the termites as they go into a building. Another sign are wings dropped by subterranean termites, They look like ant wings, very similar,” Cardillo says.

Jared Gilbert advises being physically present for the inspection so you cab spot termite trouble before it comes back to bite you.

To submit a complaint about a home inspection in Florida, visit https://www.myfloridalicense.com/entercomplaint.asp?SID.