TAMPA, Fla. - Hundreds of people gathered at the Palma Ceia Presbyterian Church Sunday for a prayer vigil after two Plant High students were involved in a deadly crash.

A 17-year-old boy was killed in the crash and the 15-year-old girl who was with him was taken to the hospital with severe injuries. 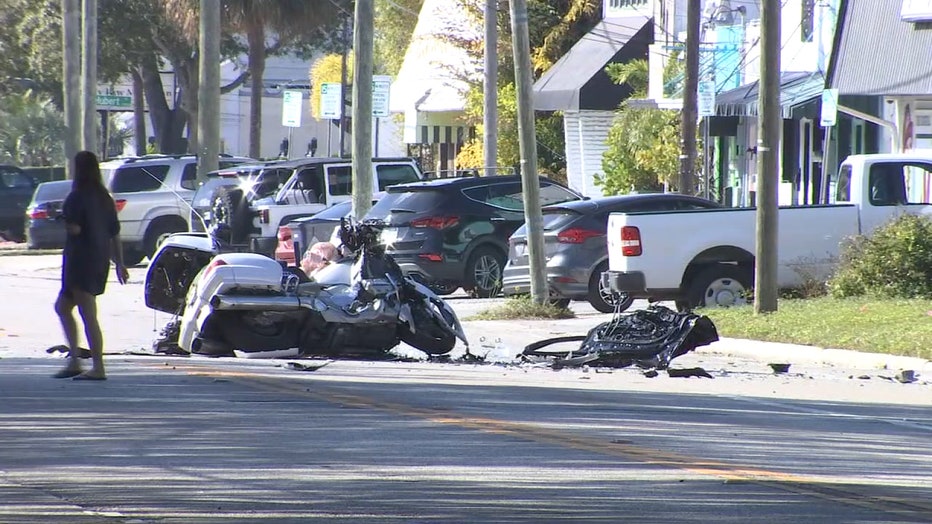 The crash happened Friday on the corner of West Bay to Bay Boulevard and South Lois Avenue. On Monday morning, the Tampa Police Department said the driver of the motorcyclist, the 17-year-old student from Plant High, was speeding while heading east on Bay to Bay Boulevard.

Meanwhile, the driver of a Kia Sorento was heading north from the stop sign on Lois Avenue to cross Bay to Bay Boulevard. Police said the driver did not see the motorcycle, which crashed into the side of the Kia.

Family and friends of the victims say the girl who is fighting for her life in a nearby hospital is named "Taylor." Authorities have not identified those involved in the crash. 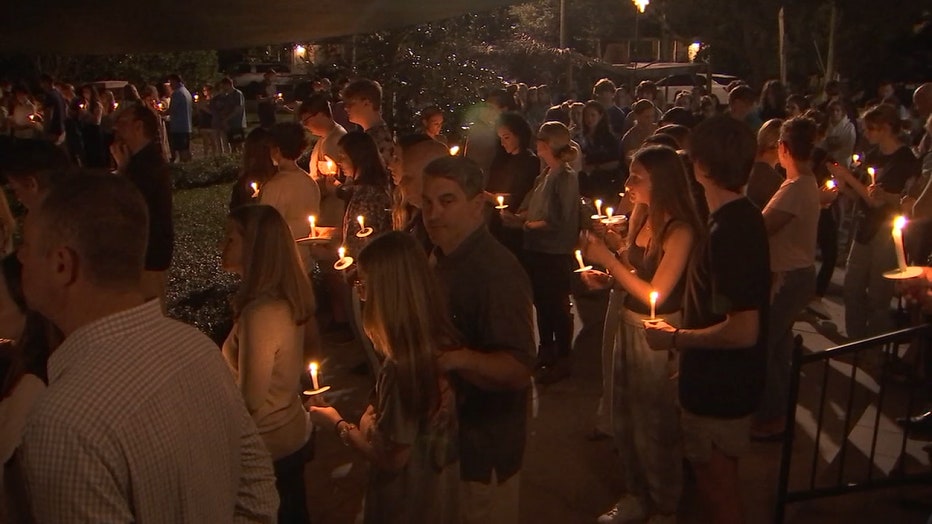 "She’s just an absolute light and a joy in this world," said Elizabeth McCree, a friend of Taylor’s from church. "I met her in this church and ever since I met her she’s just been one of the closest people in my life. I can open up to her easily and she’s opened up with me and just the joy and laughter she brings to everyone and her own laughter is just a true light in the world,"

During Sunday night’s prayer vigil, spiritual leaders lead prayers, a candle lighting, and people were able to write special notes to the victims and their families.

"To lose any person in this community is a tragic thing, so young, to hear that Taylor was in such serious condition was difficult, it just felt surreal," said Kenny Hubbell, the chaplain for youth and their families at Palma Ceia Presbyterian Church.  "This prayer vigil is a chance for us to pray for the one still fighting and to also lift up prayers and support of the one we lost."