Teen races toward his dream

TAMPA, Fla. - Mason Lastra is just like any other 17-year-old who lives life in front of a computer screen all the time. The game he plays every day isn’t any ordinary game, though. It's a racing simulator that he hopes prepares him for a career as a NASCAR driver.

"Maybe one day the dream might be possible," Mason said.

The Plan High School student might be barely street legal, but all his life Mason has been crazy about cars.

"Every movie he wanted to watch, shirts, it was all about NASCAR," said Mason’s dad, John Lastra. "He's got hundreds of little figures of NASCAR, so it was an early age."

Four years ago, Mason and his dad finally decided it was time to get into a car. They started off racing locally in go carts with Mason eventually working his way up to racing Legends cars with MVP Motorsports this year. 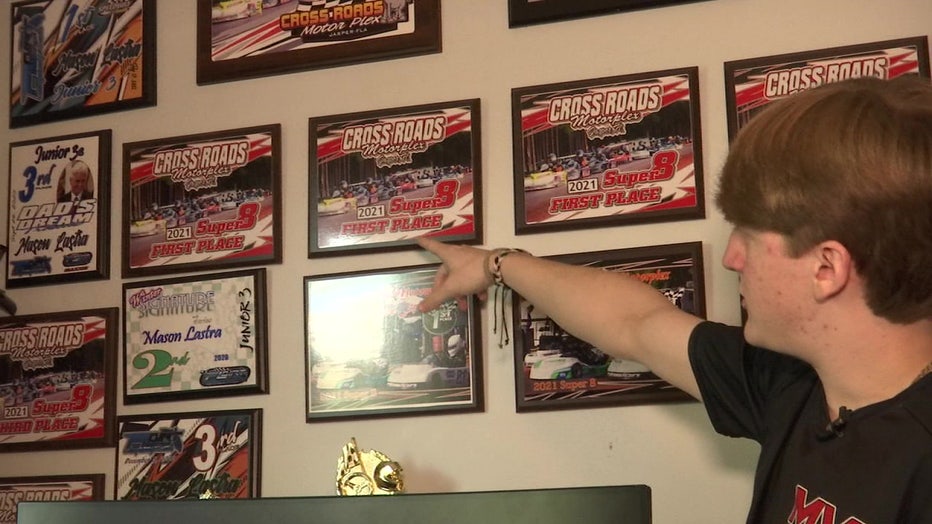 "There was always the goal of making it to NASCAR, but then every race I was in it started to seem more possible," said Mason.

Despite getting what would be considered a late start into racing, Mason has quickly caught up to his peers.

Mason estimates that he’s run around 200 races so far and won about 50 of them, including an all-star race at the Atlanta Motor Speedway against some of the best racers from around the country. 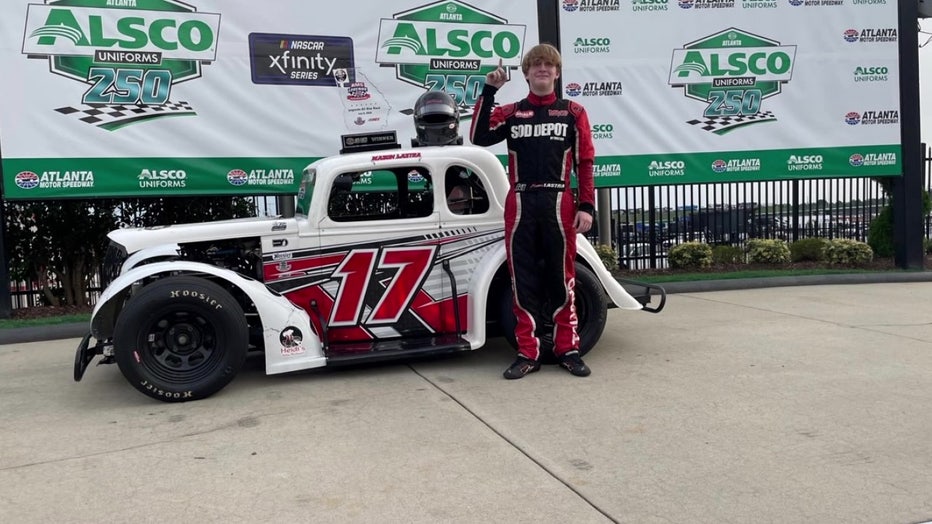 "That was the biggest win of my career," said Mason. "It felt like everything so far, built up to that."

That trophy Mason took home from Atlanta, he and his dad hope, is a sign of things to come.

"You can just tell when someone has natural ability, when someone is born with something that is innate in them, and that was him," said John Lastra.

A born driver, Mason now hopes he can one day make the leap to NASCAR if he stays in this lane.