Woman's plays give a different view of seniors

TAMPA, Fla. - Linda Goldman didn't like the way seniors were being portrayed in plays so she decided to do something about it by writing plays for seniors -- with a purpose.

"I wanted to see seniors presented in a positive light that we can learn, we can do we can aspire and achieve," said Linda Goldman, Founder of SAGES.

The cast members of SAGES, or Senior Actors Guild & Education Services, are all from the Bay Area and they tour, performing plays that show who seniors really are.

"Performing plays with purpose and place with purpose tackle difficult topics that we need to talk about," said Christine Hamacher, executive director of SAGES.

The grass-roots effort was started by Goldman. She didn't like the way seniors were being portrayed on stage.

"I just finally saw one show that pushed me over the edge and I said I could write a better play than that and I'd never written a play and so I had to borrow a script," she said. 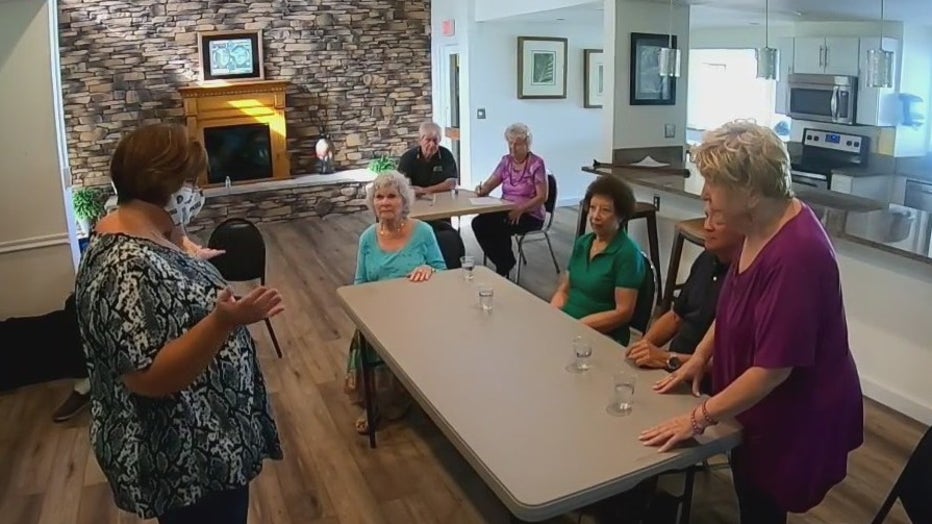 "We have a lot of stories to tell and I'm not done. I'm going to have to do one hundred and four because I have a lot more to write about," she said.

For actors like Jean Pellegrini, it's an opportunity to recapture their past love.

"I find that after I retired, I wanted something to do and I always liked acting when I was in school and everything. S, I kind of gravitated back to that," Pellegrini said.

Randy Oberdick has been acting for 13 years.

"The shows have funny moments and they're light comedies, but they're also serious parts of it. And drama, too, because there are real problems that affect seniors," Oberdick said.

"We put on what we call plays with purpose and these tackle topics that address concerns and challenges for older adults and give them a way to empower them to tackle these challenges and to also approach aging with a positive attitude," added Hamacher.

The plays give seniors the opportunity to perform and learn in their golden years. SAGES is always looking for seniors who have the acting bug. For more information, visit www.sagestheater.org.