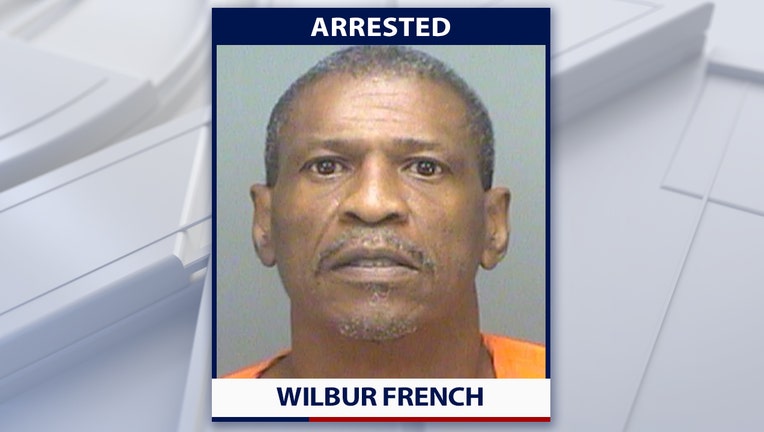 CLEARWATER, Fla. - Wilbur French, 57, is facing DUI manslaughter and vehicular homicide charges following a fatal crash that closed a portion of the Courtney Campbell Causeway Saturday night, according to the Clearwater Police Department.

Police say Edward Jimenez, 29, of Pinellas Park was traveling eastbound on the Courtney Campbell Causeway around 11:20 p.m. when French made a left turn in front of his motorcycle. According to CPD, French drove around cones that were in place to prevent left turns at that point.

Jimenez died at the scene.

According to police, French showed signs of impairment after the crash and was taken to Morton Plant Hospital to be medically cleared. Police say he told them he smoked crack cocaine earlier in the day. He also left a medical facility that day against the advice of medical personnel after being given multiple narcotics following surgery.

French was arrested and booked into the Pinellas County Jail.