PINELLAS PARK, Fla. - The music may sound sweet, but police in Pinellas Park say what is behind it may not be.

Over the last month, the Pinellas Park Police Department says there has been an increase in con artists across the county. They want holiday shoppers to be wary of street performers who claim to be talented musicians fallen on hard times.

Pinellas Park police say it is all an act designed to tug on your heartstrings.

"They stand outside stores and businesses as if they're playing the violin and they solicit donations from people as they're coming in and out of stores," explained Crime Prevention and Community Policing Corporal James Gatti. 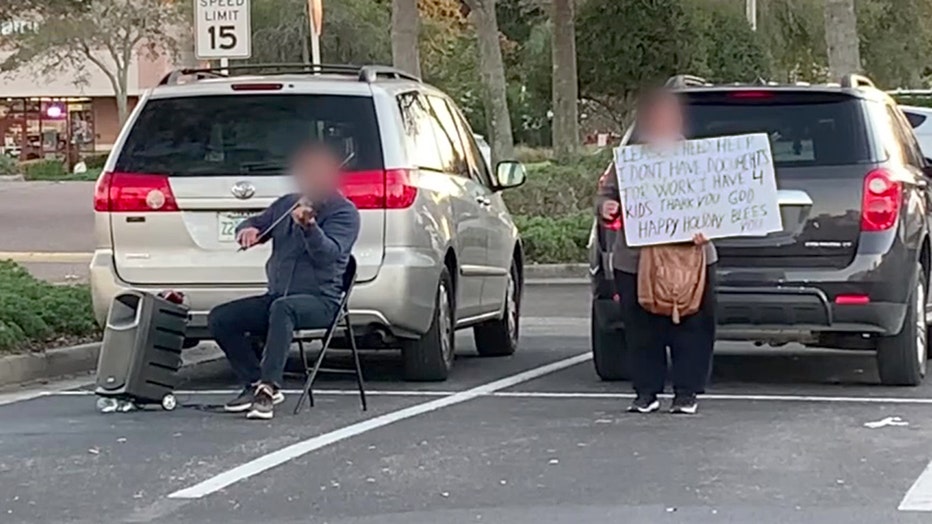 He says there is usually a sign asking for money to help buy food, pay rent or take care of family. Sometimes a woman or children are standing nearby as the person appears to play music. According to investigators, the story is usually a sham, and most times not even the serenade is sincere. The performer is actually pretending while an instrumental track plays.

It is not illegal to perform in public for tips, or to mime playing an instrument. However, officials say what these buskers are doing is a hustle.

"They are just traveling through the southeastern United States, stopping in different places," said Gatti.

Similar cons have been reported all across the country. Police believe the fake musicians are part of an organized group making lots of money by playing with people's emotions.

"There's many other places that you can give that hard earned money of yours to you, that it's going to actually go for what it's intended for, as opposed to somebody fooling you with what they're asking the money for," Gatti said.