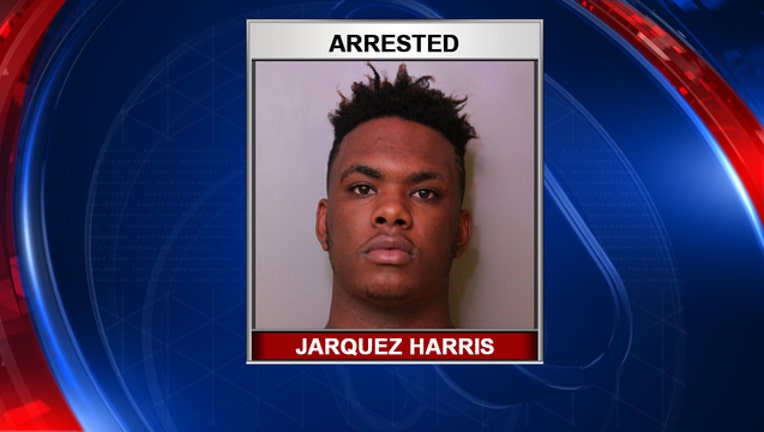 On January 11, two victims alerted police that they were held at gunpoint by a man the met through the buying-and-selling app.

Police say the victims, James Few and his brother, Joseph Few, arranged to purchase a 2006 Chevy Impala that was listed on the mobile app letgo. James agreed to meet the man, Jarquez Harris, at the Lakewood Terrace Apartments.

After discussing the sale of the vehicle, James Few showed Harris $1000.00 in cash, and agreed to purchase the vehicle.

While sitting in the backseat of the Few's vehicle, Harris pulled a small semi-automatic handgun and pointed it at the brothers.

Harris demanded the money and counted down from five, threatening to shoot.

But he did not shoot the handgun, and instead fled on foot without the money.

Lakeland police detectives decided to try and find the attempted thief the same way he found his victims. Detectives created a letgo profile and began to communicate with Harris about the purchase of a vehicle.

Over the course of several days, Harris agreed to meet at the same location, Lakewood Terrace Apartments. Police say that when he arrived, Harris was wearing the same distinctive maroon FSU sweatshirt as before and he matched the same general description the victim gave.

Harris later admitted to the attempted robbery, and was taken into custody.