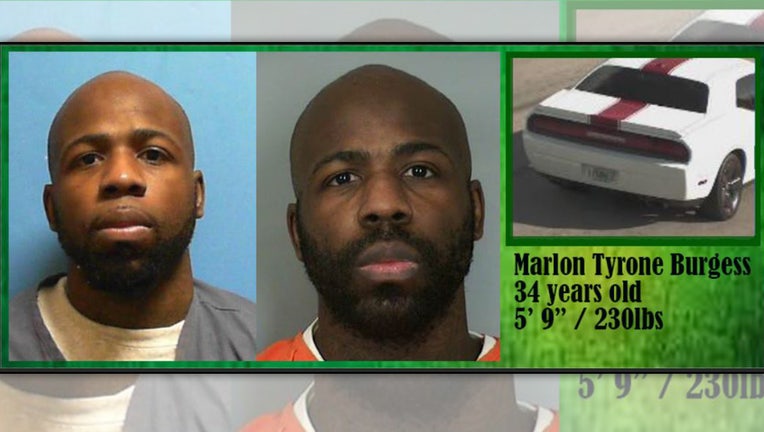 Detectives said 34-year-old Marlon Tyrone Burgess should be considered armed and dangerous, and are asking anyone to not approach him. They said he is wanted for shooting a 20-year-old man after the two met at a separate location in Winter Haven. Then, Burgess drove himself and the victim to the Dawn Heights Drive area in Lakeland.

Both exited the car, detectives said, and Burgess shot the victim multiple times. They have knew each for about three or four months, officials added.

The victim was taken to a nearby hospital, and, as of Tuesday morning, is in stable condition. Burgess fled in a 2013 white Dodge Challenger with a red stripe down the middle of the top, detectives said.

Anyone with information on Burgess' whereabouts is asked to call the Polk County Sheriff’s Office at 863-298-6200, or dial 911.