Illegal dumping is a growing problem in Polk County

LAKELAND, Fla. - Polk County just got hit with the third major illegal dumping incident in the last month or so.

The latest incident happened at Lake Parker in Lakeland over the long Fourth of July weekend. A woman who lives nearby came down to the lake to check out the wildlife. Instead, what she saw was stomach-churning.

"It was like, ‘Wow!'" said Sharon Bauman. "We couldn’t believe what we were seeing."

There were four dozen old tires just floating around. So she posted photos of it on social media and Lakeland police have launched an investigation.

"There is definitely environmental impact," said Brian Rewis, who oversees code enforcement for the city of Lakeland. "Once they float out into the lake or sink to the bottom of the lake, they become a hazard for generations because they will not biodegrade." 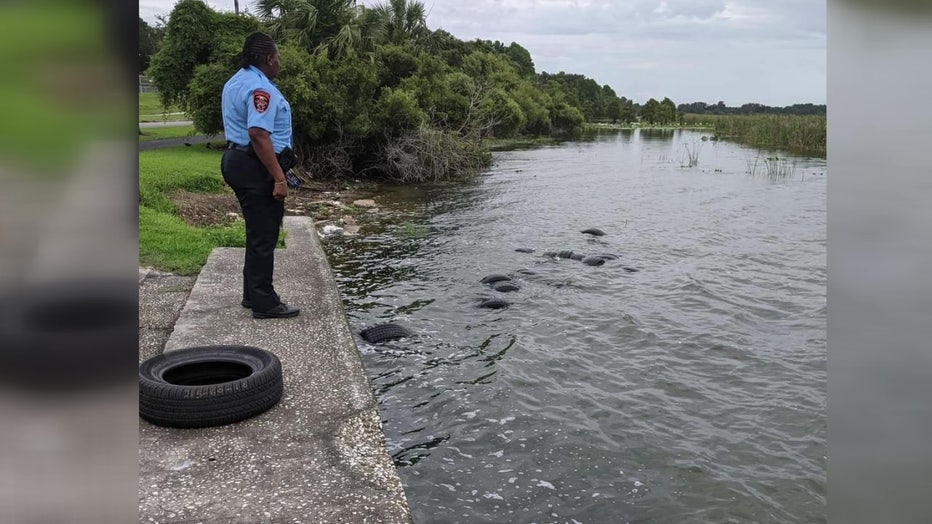 Only a few weeks ago, Polk County saw two other major dumping incidents, both in the Poinciana area. Rodriguez Laboy is accused of dumping a ton and a half of concrete on the side of a road there.

A few days later, three massive tree stumps showed up not far from the first location. Jorge Rodriguez is now accused of dumping them.

"This isn’t simply someone throwing a cigarette out a window," said Brian Bruchey, a spokesman for the Polk County Sheriff’s Office. "These are major dumps. These are like 500 pounds or more. These are felony dumps."

Investigators say it is not easy to catch an illegal dumper unless you catch them in the act, which is not likely. But if they do get caught for a major violation, the penalty can be substantial, up to five years in prison.

Investigators have seen a slight increase in the number of illegal dumps recently, possibly because of all the construction that’s going on. Polk County is one of the fastest-growing areas in the country.

It appears, rather than take their stuff to the landfill and pay a fee, some people are just getting rid of it anywhere they can.