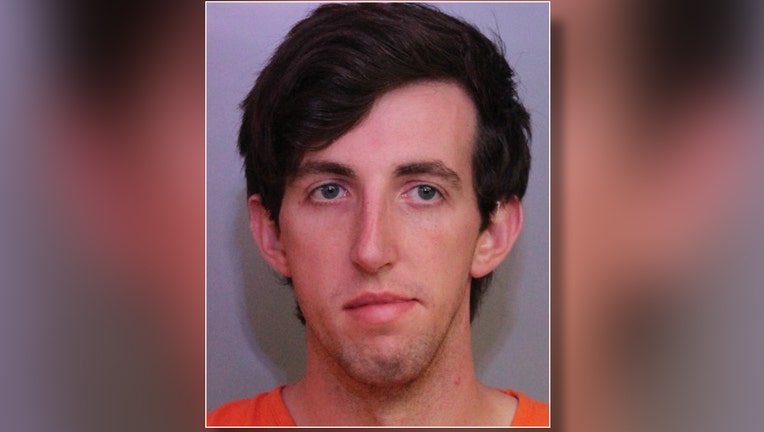 According to the arrest affidavit, Murphy and his girlfriend got into an argument at their Lakeland home when she confronted him about his alleged infidelity.

Deputies said Murphy left the home but returned while the victim was talking on the phone to a friend. The victim told detectives that he lunged at her, grabbed her right arm, took her cell phone and threw it against the wall. The person who she was speaking to on the phone called the sheriff’s office.

The victim suffered bruising to her arm, deputies said.

Murphy fled the residence by the time deputies arrived, but he too called the Sheriff’s Office, saying that he was the victim of an aggravated assault by his girlfriend and that it had occurred several hours earlier.

When a detective made contact with Murphy, they found him with two prescription drugs (Haloperidol and Amidate Etomidate), multiple IV lines and needles, saline bags, and syringes, according to PCSO.

Deputies said Murphy confessed to taking the items from work and having them despite it being against PCFR policy.

During the interview with the victim, the detective was told about a separate incident, where she had passed out after drinking too much. She said when she awoke, she found an IV in her arm, and what appeared to be blood being drawn out. The victim alleged that one of Murphy’s previous girlfriends had told her that Murphy often asked her if he could draw her blood.

When the detective asked Murphy about the allegation, he denied hit, but did say that he has drawn people’s blood before for an “art project for a friend.”

Murphy was arrested and charged with domestic violence battery, petit theft and possession of prescription drugs without a prescription.

“Any person in the position of public service must be held to a higher standard,” said Polk County Sheriff Grady Judd. “Murphy’s actions cast a bad shadow on the good, hardworking men and women of Polk County Fire Rescue who serve and save lives of the people of Polk County.”