LAKE WALES, Fla. - Polk County Sheriff Grady Judd says he is "hotter than a bare butt on a tin roof in August" after learning a sheriff’s volunteer officer was caught selling prescription pills out of a patrol car while in uniform.

An investigation into Roberts' activities began after detectives learned that a volunteer was selling Oxycodone and that the prescription pills had been found inside a patrol car.

After investigators learned Roberts was getting 90 Oxydone pills a month for the past two years and selling them for $10 apiece, an undercover deputy offered him $12 a pill.

Roberts agreed to meet the undercover deputy at a Lake Wales gas station and directed them to his patrol car for the transaction. Sheriff Judd says Roberts sat in the car, in uniform, as he counted the undercover deputy’s money and then handed over a baggie with the pills. 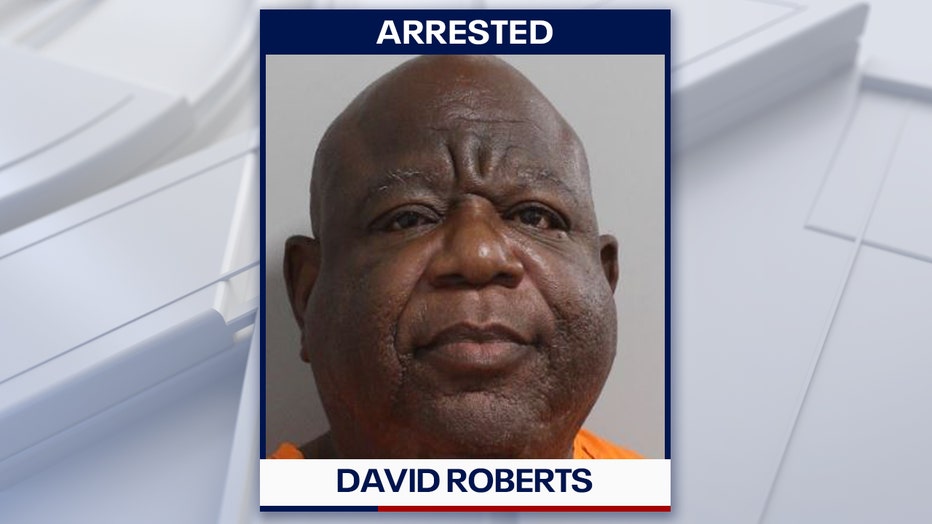 "That makes me so crazy I want to pluck my eyeballs out one at a time," Judd stated.

According to PCSO, the deputy followed Roberts back to the sheriff's substation where he was arrested. Judd says Roberts permitted deputies to search his home and that’s where they found marijuana. Roberts told deputies that the marijuana belonged to his nephew and he was just holding it for him.

Detectives also found a rifle and a pistol in Roberts’ home, which Judd says wouldn’t normally be a problem, but it was an issue because deputies learned Roberts was a convicted felon who was not allowed to possess weapons.

"You’re talking about an epic system failure," Judd said. "He’s a convicted felon from 52 years ago."

Judd says Roberts was arrested for a burglary when he was 19 years old.

"He said, ‘I can’t be a convicted felon, I’ve been voting all the way to Nixon,’" Judd added.

Judd said Robert’s, who has been a volunteer for 12 years, slipped through the cracks. He added while volunteers don’t go through the same human resources detail and polygraph tests that full-time employees go through, he should have had a background check done.

"We’re embarrassed… Somebody messed up 12 years ago on a background," Judd stated. "He’s been a stellar volunteer, very well-loved, done a good job, except when he’s selling oxys out of the car, using it as cover. I am livid."

PCSO has more than 3,000 volunteers and Judd says the agency will audit its volunteer system. He added that a check of the rest of the volunteer sheriff’s officers did not find anything.

"Mr. David Roberts should recognize that selling 90 Oxycodones is a 15-year minimum mandatory and we’re going to help him get every day of that in prison. He admitted, ‘Welp, I embarrassed the agency’. That’s the understatement of the day."

Judd noted that if Roberts is convicted he will serve his time in prison, not county jail, because of the felony weapons charges.