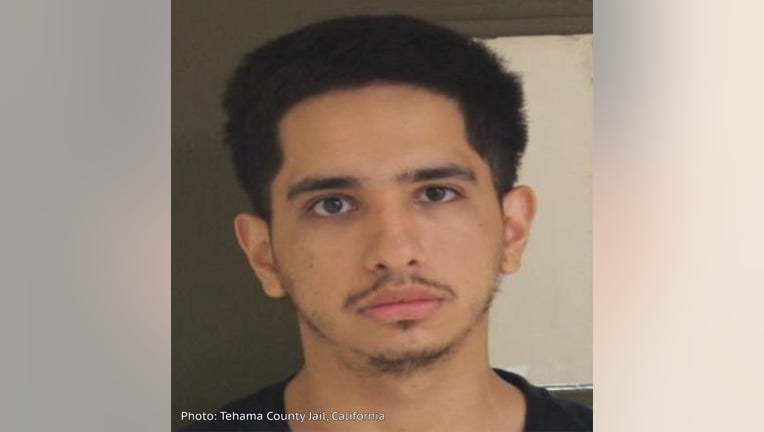 A California man was arrested for luring a 12-year-old girl from Polk County and sharing nude images and sexually explicit videos, according to deputies. They also said he wanted to get her pregnant.

In May, the victim’s mother discovered the imagery on her daughter’s cell phone and reported it to a school resource officer. According to the Polk County Sheriff’s Office, she also found sexually explicit messages on Snapchat between her child and an unknown man.

The SRO provided the information to the sheriff’s office. Polk detectives conducted a forensic search of the victim’s phone and found a "pattern of sexual grooming." The man was later identified as 24-year-old Eduardo Martinez of California.

Detectives said the suspect asked the girl to send him images and videos of her performing sexual acts via Snapchat, and the victim complied.

They said they also found a conversation where the suspect told the 12-year-old that he wanted to get her pregnant. Detectives said the victim told Martinez she was 15 and didn’t want to get pregnant. According to the sheriff’s office, he responded with, "Idc you are a baby. I want a baby."

Martinez was then identified and located in Red Bluff, California. A warrant was issued for his arrest and Polk County detectives contacted Red Bluff police, who assisted in arresting him.

The sheriff’s office reported that Martinez told California police that he did send the child the sexually explicit videos and images.

"He also told detectives there will be "hundreds" of sexually explicit images and videos of the victim on his phone, along with similar videos and images of other underage girls with whom he had also been communicating," according to a sheriff’s office news release. "He told detectives that he moved to Red Bluff from Oregon in January of this year for a ‘fresh start.’"

Martinez was arrested in California and will be extradited to Polk County at a later date. He faces charges of transmitting harmful material to a minor and using a computer to lure a child.

"I can’t say this often enough: Predators are lurking online and on apps looking for children to groom for sex," Sheriff Grady Judd said in a statement. "This is why it is so important for parents to make it their business to check their child’s electronic devices often. Because this mother checked her daughter’s phone and told law enforcement, a predator was stopped before something worse could happen. As far as this sexually deviant creep in California, he will be held accountable for his despicable behavior."