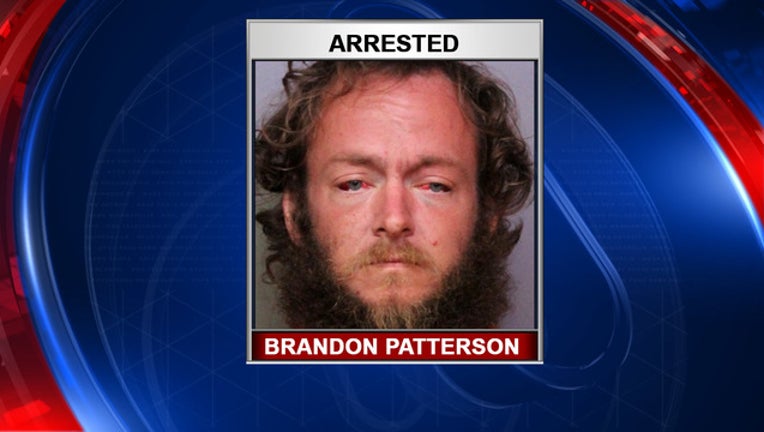 WINTER HAVEN, Fla. - Police say a pair of Winter Haven neighbors subdued a homeless man who tried to smash into one home before tossing a brick through the window of a second home.

The scene played out along Lake Howard Drive just afternoon noon Monday. According to police, one resident spotted Brandon Jo Patterson – later described by police as "incoherent" – take off his belt and begin pounding on the window of a neighboring home. When that resident banged on his own window to get Patterson's attention, Patterson allegedly grabbed a brick paver and tossed it through the window of the second home.

Startled, the resident went and got a gun and ended up firing a warning shot at Patterson as he continued to approach the now-broken window.

That's when a resident of the first home came out; both neighbors tackled Patterson and held him on the ground until officers arrived.

Police arrested Patterson on several charges but say they are still not sure why the 32-year-old was pounding on the window to begin with. He was taken to Winter Haven Hospital to be medically evaluated.