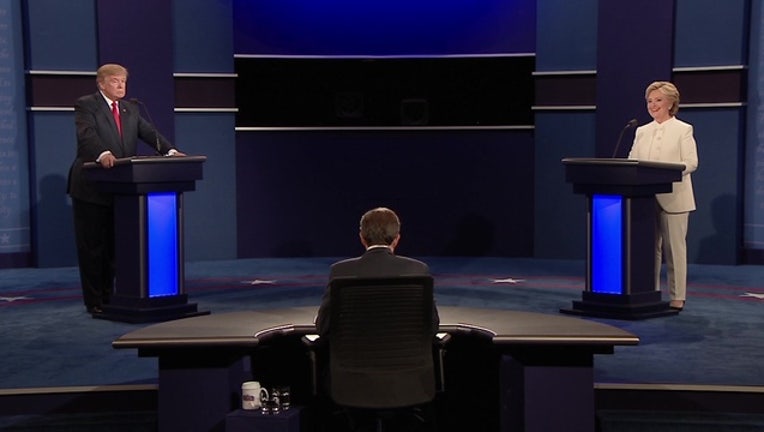 TAMPA (FOX 13) - A new survey of 538 registered likely voters in Florida shows Hillary Clinton with a four-point lead over Donald Trump. The survey, conducted October 19 and 20, has a margin of error of 4.2 percent.

The same survey shows Marco Rubio tied with Patrick Murphy in the U.S. Senate contest at 46 percent each, with eight percent undecided.

Opinion Savvy was rated the third most accurate pollster in the nation by Bloomberg News earlier this year.

"For months, Florida and Georgia have dovetailed in their results, but we are starting to see that change. The Opinion Savvy poll in Georgia released today for FOX 5 Atlanta shows Trump ahead in Georgia (50 percent to 46 percent) by about the same margin as Clinton enjoys in Florida.

The simple reason for this is the barrage of negative ads that are being aired against Trump in Florida versus the lack of such ads in Georgia. Trump must answer those attacks with more ads to hope to win Florida and Clinton must take to the airwaves to hope to pull off an upset in Georgia.

I will note that I believe the Libertarian and Green Party vote in other polls is too high and these numbers are more reflective of what we will see on Election Day.

All of that said, let me stress that all polls this year are struggling to determine the actual turnout levels for various demographic groups. And other polls don't even try and often overweight one party over the other. This is the first time in my career that I do not believe that the polls can give us a really accurate prediction of how any state will vote. And I say that recognizing that Opinion Savvy, the polling firm we use, pollster, is one of the best this season."