TAMPA, Fla. - The first phase of downtown Tampa's Water Street project is well underway as residents move into Heron, a luxury apartment building, and tenants are about two months away from moving into the project's new 20-story office building.

The $3.5-billion development will be 56 acres and 9 million square feet at full build-out of apartments, condominiums, office and retail space.

Schaffler says the first phase of the project should be complete by the first quarter of 2022. Phase two, which will be north of Cumberland Avenue, is still in the planning phase.

Phase one is finishing up as the pandemic becomes a thing of the past. Developers say demand has increased for two-bedroom apartment units so people have more space to work from home. But there's still demand for office space. 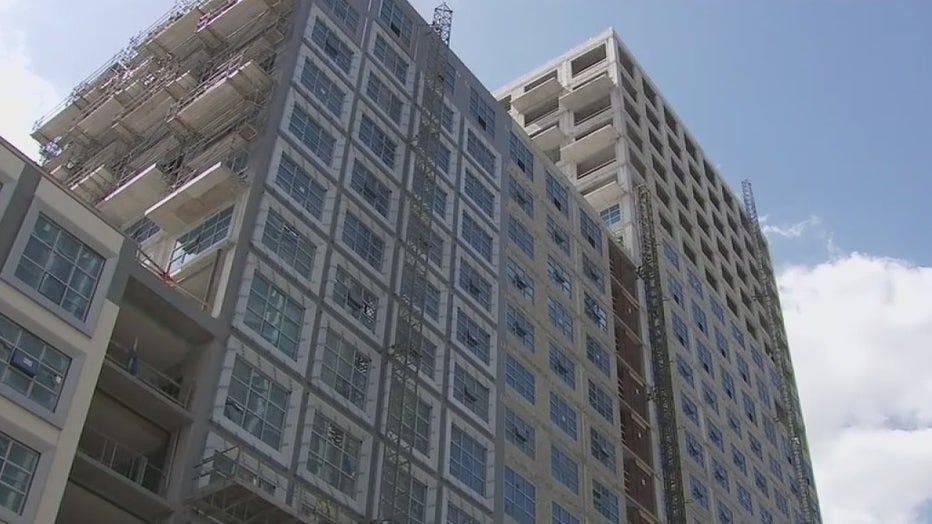 "This building is designed with the latest and greatest elements that make it truly one of the healthiest buildings in the United States to give people comfort as they send their employees and coworkers back to an office setting," Schaffler said.

Many retailers and tenants for the office spaces are in contract negotiations.

Two confirmed businesses coming to Water Street are the Publix concept, Greenwise Market in Heron, and Burger-Fi at Sparkman Wharf.

It’s still months from completion, but people are already paying millions to live at a new 26-story building that will be both a luxury hotel on the first nine floors, and exclusive condos on the upper 17. It’s the Edition Tampa on the corner of Channelside Drive and Water Street.