Deadlines are quickly approaching to mail your holiday packages -- and for them to be delivered on time. Postal service workers are gearing up to handle millions of them.

TAMPA, Fla. - The U.S. Postal Service package processing plant in Ybor City expects to handle more holiday packages this year than ever before as deadlines approach.

About half a million packages will come through the Tampa facility every day between now and Christmas.

“To get everybody their packages by Christmas and under the trees -- that's our ultimate goal,” said Gregory Curtis, the USPS Ybor City processing and distribution center plant manager.

Before the boxes end up on your doorstep, they come in off the truck, into a metal crate then loaded into an automated system, which sorts through 6,000 to 10,000 pieces per hour.

“On this one machine, we'll sort and separate for every destination in the country,” Curtis said.

That process kicks up this week with the holiday mail.

“The Wednesday after Cyber Monday…is one of our busiest days of the year as far as our mail coming in,” said Curtis. 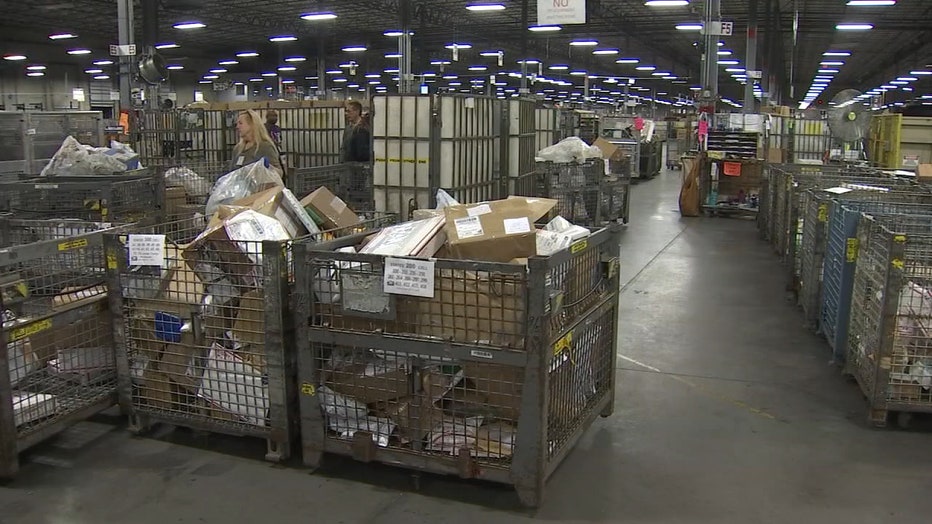 The U.S. Postal Service Tampa facility is prepared for half a million packages through Christmas.

And it will only get busier through Christmas. Shipping deadlines begin Monday, December 9, starting with international packages. But if you're sending something stateside, workers said there’s really one date you need to keep in mind.

“For the packages for first class packages and priority packages, Saturday, December 21 will the last day to mail them out and get them in a home,” said Curtis.

There will be a projected 800 million package deliveries between Thanksgiving and New Year’s Day, the postal service said.