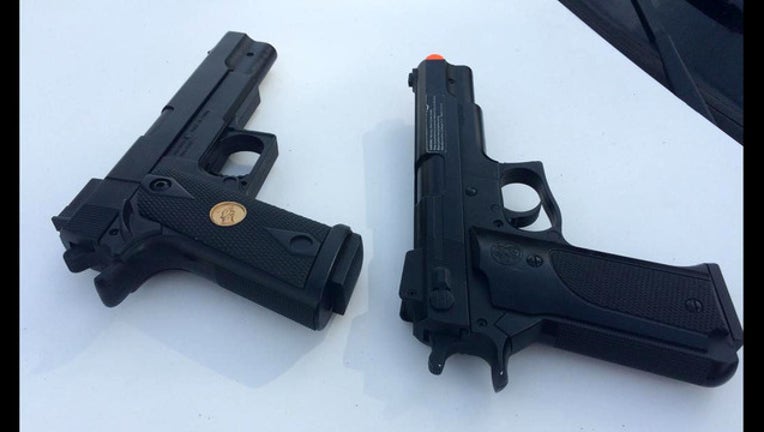 TAMPA (FOX 13) - A 'Power Ranger' seen waving a gun around a Tampa pool was questioned by police.

Tampa police say they received a call about someone in a costume pointing a gun at people at the Bobby Hicks pool on West Mango Avenue Thursday afternoon.

He tried to take off but officers say they managed to stop him as he climbed into a car.  They later discovered it was a fake gun.

Tampa police say after supervisory review, the suspect was not officially charged.  The case will be looked into further and will be reviewed by the State Attorney's Office to determine if charges are appropriate.