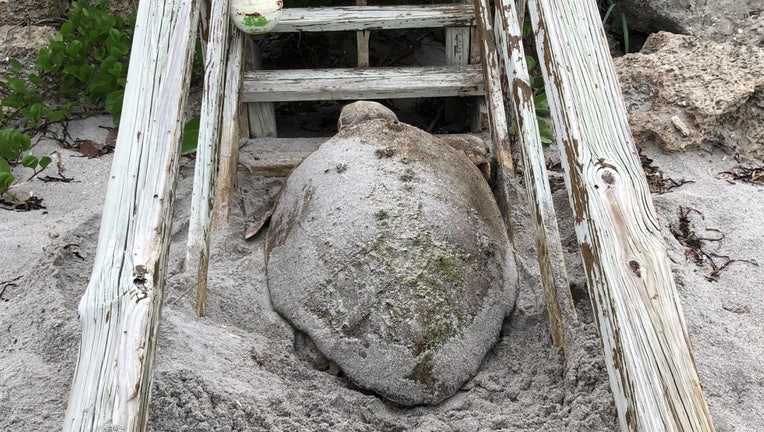 MANASOTA KEY, Fla. - Volunteers had to come to the rescue of a pregnant sea turtle that found herself stuck on a beach staircase on Manasota Key.

The Coastal Wildlife Club said the female loggerhead sea turtle got stuck while searching for a place to nest on the beach Monday morning.

Rescuers said the turtle could not crawl backward and free herself once she made her way up several of the partially sand-covered stairs.

It took several volunteers to lift the "very healthy" mature turtle off the staircase and back onto the sand.

Once "extricated from her predicament," the club said she quickly headed back to the Gulf.

The group, which monitors sea turtle nests on Manasota Key, has counted over 2,000 loggerhead nests in the area so far this year. 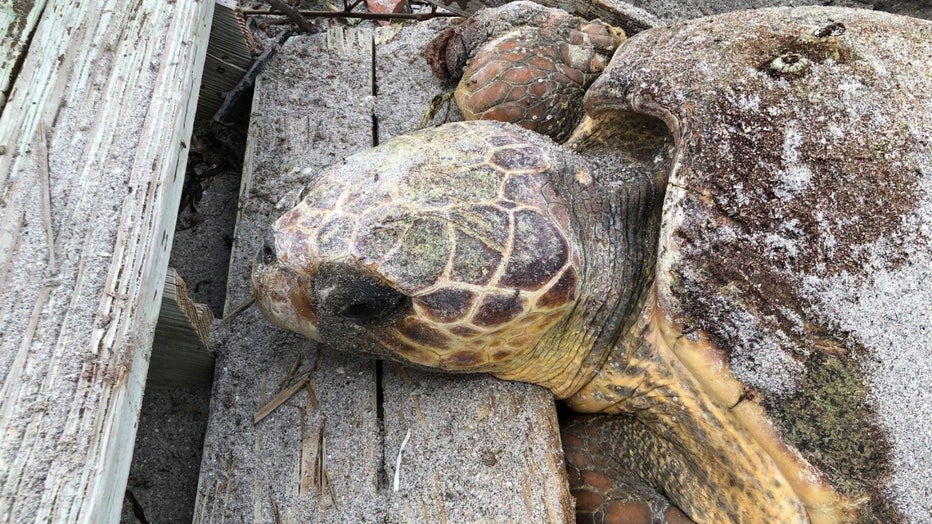