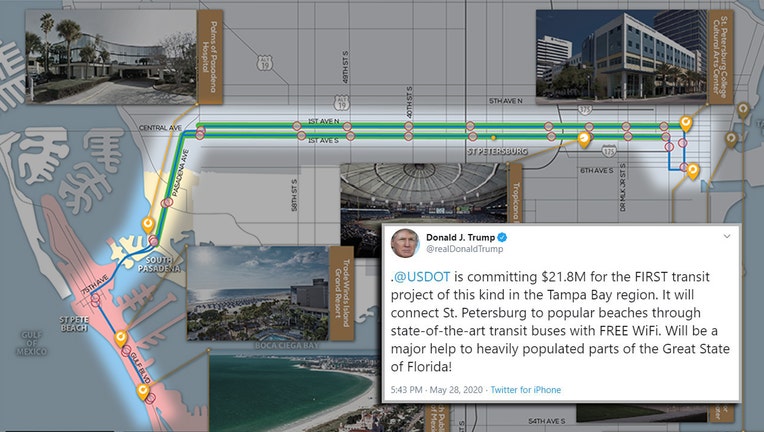 St. Petersburg Mayor Rick Kriseman's tweet about a transit project that will link downtown to Pinellas County beaches came on the heels of a tweet by President Donald Trump announcing that funding for the project has been allocated.

The president’s tweet, announcing the $21.8 million commitment by the U.S. Department of Transportation, came as somewhat of a surprise early Thursday evening.

The president said it’s “the FIRST transit project of this kind in the Tampa Bay region. It will connect St. Petersburg to popular beaches through state-of-the-art transit buses with FREE WiFi. Will be a major help to heavily populated parts of the Great State of Florida!”

The project has been in the works for a couple of years; planning began in 2018. According to the Pinellas Suncoast Transit Authority (PSTA), the Bus Rapid Transit (BRT) is a “specialized, train-like transit service with frequently arriving buses - often running in their own specially dedicated lane.”

The train-like transit system will have only a few stops along its route from downtown St. Petersburg to the beaches.

The 20-mile roundtrip route will have 31 stations and buses will come every 15 or 30 minutes, depending on the time of day.

It will operate from the University of South Florida, St. Petersburg, on 7th Ave. S, crossing the county on 1st Avenues N and S, accessing the beaches on Pasadena Avenue, and making stops along Gulf Boulevard, south of 75th Ave. 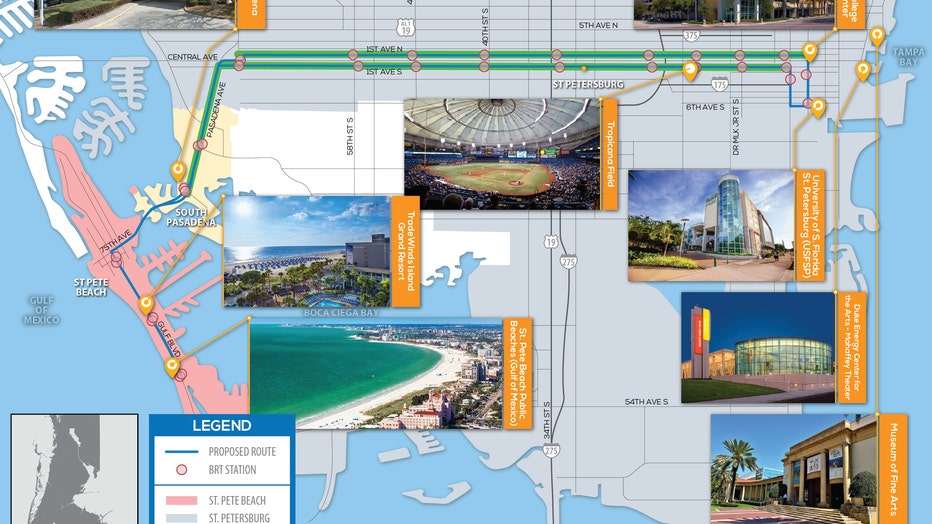 The buses will operate from 6 a.m. to midnight and might be a new way for workers, visitors, and students to travel from downtown to areas around the county.

The new route is also expected to add 48,000 jobs within a half-mile of the corridor.

The total cost of the project is just under $44 million.

For more information about the project, visit https://www.psta.net/about-psta/projects/bus-rapid-transit-brt/