"Congratulations to the Tampa Bay Lightning on your second straight Stanley Cup," President Joe Biden tweeted Friday. "You made your city and your country proud."

To celebrate the Bolts’ win over the Montreal Canadiens, the city is planning another boat parade down the Hillsborough River. The mayor offered a preliminary plan Thursday, outlining the route from Davis Islands part Armature Works, then a celebration at Julian B. Lane Riverfront Park. 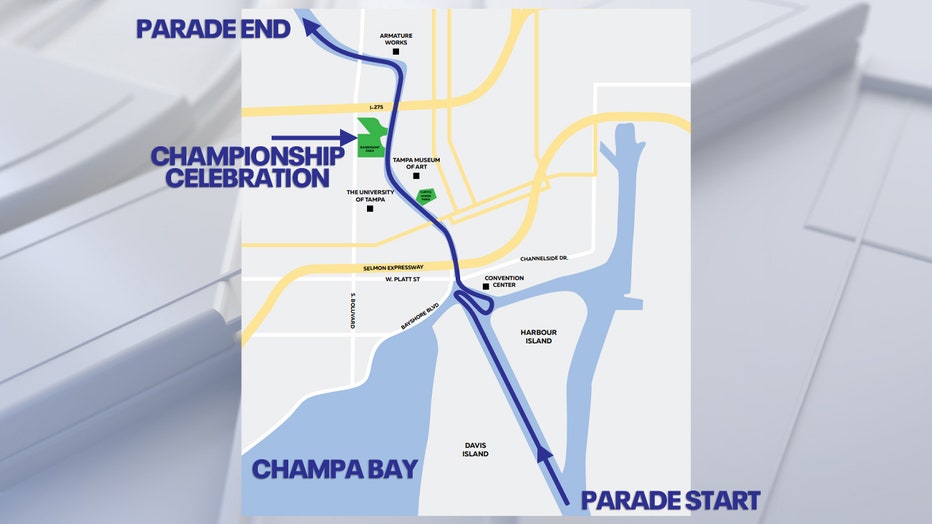 Friday, police and fire officials offered more details about security and plans for the event.

No private boats will be allowed in the parade itself; boaters must keep a safe boundary from the official vessels.

Police ask that fans stay away from the debarkation point north of Armature Works. 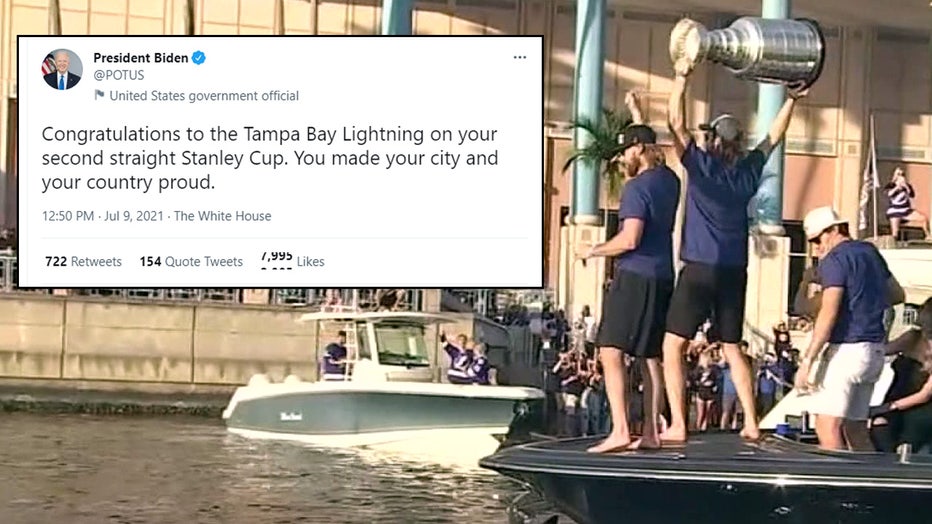 No pedestrians will be allowed on bridges across the Hillsborough River, and some roads across and along the river will be closed.

"There are plenty of places to watch the parade safely on land," Assistant Chief Ruben Delgado offered. 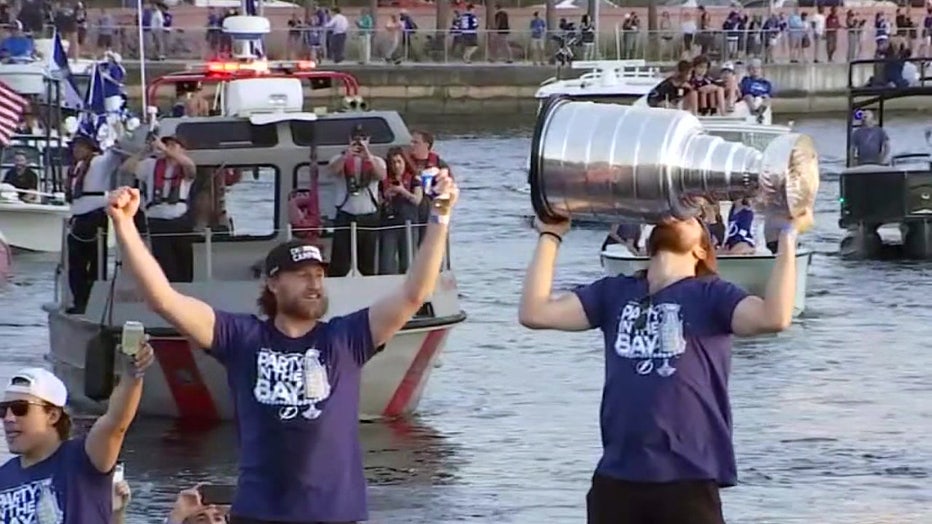 Fire Chief Barbara Tripp also noted that the parade will be much hotter than the parades last fall and winter, and she reminded parade-goers to stay hydrated.

Because the parade is on a weekday, parking capacity will be limited. Planners urged fans to park in Ybor or the port garages and take the free streetcar to the riverfront.

And if any of the players decide to try and toss the 35-pound Stanley Cup Trophy, officers say they're prepared for that too.

"We had a conversation about that," Delgado chuckled. "We do have the dive team on boats, they're part of the marine package. If for some reason something happens and we have to go in the water, they'll be the first ones down there."

The following bridges will be closed to pedestrian traffic: