TAMPA, Fla. - At the highest levels of the U.S. government, suspending the national $.18-per-gallon tax on gasoline is being considered as a way to give struggling Americans some financial relief. Now economists are crunching the numbers to determine whether suspending the tax would help, hurt, or make no real difference.

In the Tampa Bay area, the average price for a gallon of regular gas has hovered at $4.70 for a few weeks.

Filling a 15-gallon tank at $4.69 a gallon costs $70.35. Without the federal gas tax, the price would drop only $2.70. That's money that would normally go to infrastructure projects like road maintenance.

A Wharton study looked at states like Maryland, which took a gas tax holiday and saw prices drop from $4.60 down to $4.11 between March and April.

But then prices spiked again. 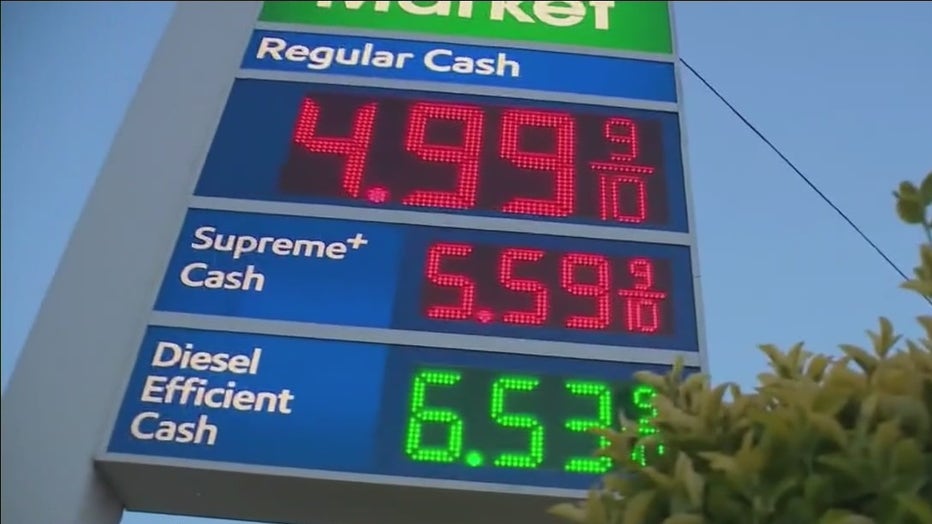 Bankrate analyst Ted Rossman agrees that there would be some relief, but it likely would not be long-term.

"Gas prices are set by so many factors. It's not just taxes," said Rossman. "It is what is going on with OPEC, and what's going on with supply and demand and all these other things. I think it gets lost in the wash."

Florida is planning its own gas tax holiday. For the month of October, the state legislature agreed to spare drivers its tax of 25.3 cents a gallon.

If the feds extended its tax holiday beyond the initial proposal of September, that could knock nearly 10% off the price of gas in the Sunshine State – temporarily.

Meanwhile, projects that would be funded by the gas taxes would have to go on hold or be funded through other means.

The president said that because the budget deficit is down this year, the U.S. can afford to suspend the gas tax while using other revenues to make up for the $10 billion that suspension would cost.