TAMPA, Fla. - A state funded program that helps adults with disabilities find jobs is having great success. Jenna Wieneke, a 22-year-old cook, thought she would never work in a kitchen again after her motorcycle accident.

Wieneke had extensive injuries after a driver crossed four lanes in front of her causing a crash.

"I had my pelvic fracture. Both of my arms are broken, and you can see all the scars down them," said Wieneke.

Doctors didn't know if Wieneke would survive. Her parents even said their final goodbyes.

Her heart is a little less broken thanks to Hands-On Education Services. It's a state funded training program for people with disabilities.

"Many times people with disabilities are better workers in terms of productivity and speed, but more importantly they appreciate that you gave them an opportunity," said John Ficca, Program Director for Hands-on Education Services. "And so they usually are more loyal and willing to do whatever they're asked to do." 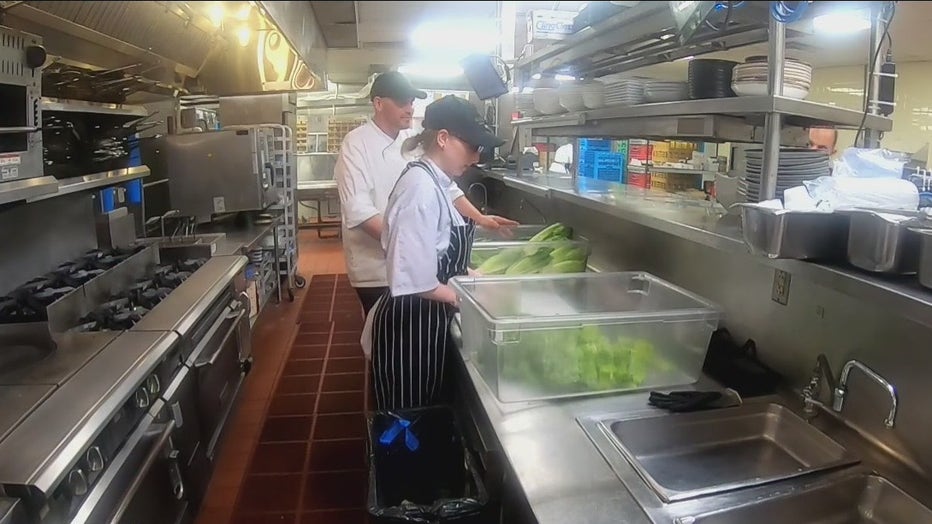 Ficca has been running the program for 24 years. He said that those who have disabilities need to stay engaged and active outside their homes, especially young people.

Andrew Basch is the Executive Chef at Sheraton Sand Key. He says Jenna's attitude has had a positive effect on his staff.

"They saw her doing all these things, that she was excited to peel 80 pounds of potato," said Basch. "She's over there having a ball."

For Wieneke, it's just a chance to prove herself.

The program gets there participants from Vocational Rehabilitation Services, a state agency that helps people with disabilities find meaningful jobs. Hands-On Education has helped more than 5000 people.