TAMPA, Fla. - The Sig Sauer P320 is carried by police departments across the nation – Tampa P.D. included – but State Attorney Andrew Warren says it has a defect.

"It has a defect that allows the gun to be fired without the trigger being pulled," Warren said.

One lawsuit called it "defective" and "unreasonably dangerous."

"There is really a public safety concern there that we’re trying to mitigate," said Nicholas Gurney, the attorney for Tampa Reserve Officer Bob Northrop, who says he witnessed that defect last February. 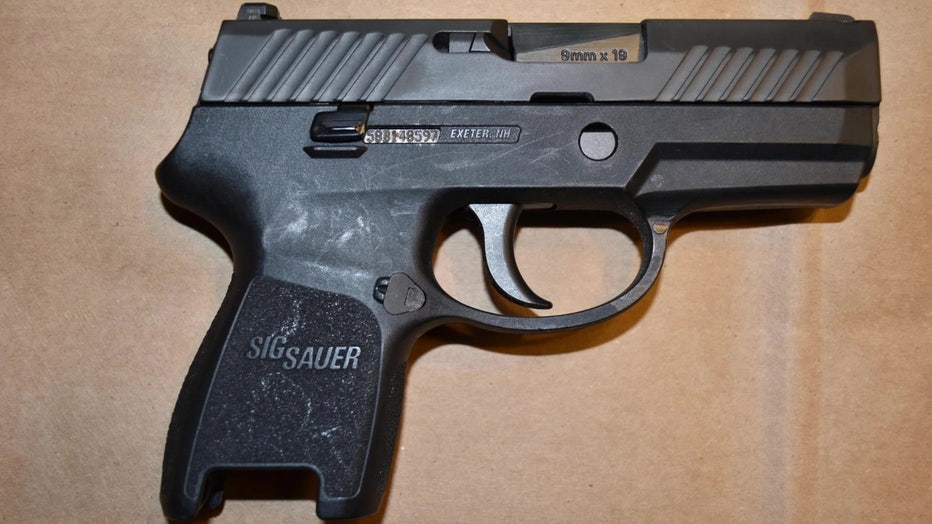 Northrup was working an extra duty assignment patrolling a high school baseball game when he says his hand brushed his holstered service weapon and it went off, shattering his leg and ankle.

He’s not alone. The Milwaukee Police Department released January 2021 surveillance video which, they say, shows a plainclothes officer’s P320 firing on its own.

Northrup has since filed a civil suit against gun maker Sig Sauer.  His attorney says his firm is involved in nearly a dozen of these cases.

"The core similarity is the report from the individual. And either all or the vast majority of photographic evidence, physical evidence, all shows the weapon in question either was capable of firing on its own, did fire on its own, or both," said Gurney.

On Wednesday, Andrew Warren noted the P320’s role in changing the course of the Bradley Hulett manslaughter investigation.

"It even raised questions about whether he in fact had intentionally or recklessly fired the weapon or whether the gun just happened to go off while it was in his hands during those very few seconds," Warren said.

In the 2019 case, the gun was a personal firearm belonging to a Tampa police officer, but Tampa P.D. still uses their P320s. So does Milwaukee P.D.

Northrup says he hopes to change that.

"My whole object here is to get this gun recalled and let people know who have it how dangerous it is," Northrup said.

Sig Sauer maintains the P320 is safe in its current configuration and has never recalled the firearm. It does however offer an upgrade program to have the P320 refitted.

RELATED: Pasco SO: SRO's Sig Sauer was 'upgraded' for known issue before it misfired in school

FOX 13 reached out to Sig Sauer for a comment about allegations being made about the firearm, but have not heard back at this time.