The announcement was made during Cardona’s official three-day trip to Puerto Rico, the first for a Biden administration Cabinet member. It marks the first time the island has full access to those funds.

Roughly half of the nearly $4 billion will be released as part of the American Rescue Plan Act, which was signed into law in March to help offset the pandemic’s impact on the economy and public health.

"I am honored to be in Puerto Rico — the island of my roots — as the federal government releases critical funds to support Puerto Rico’s efforts to safely reopen its schools for in-person learning," Cardona said.

Puerto Rico reopened dozens of public and private schools in March for the first time since the pandemic began, although less than 100 of the island’s more than 850 public schools were authorized to do so. At the time, only kindergarteners, special education students and children in first, second, third and 12th grades were allowed to return to school for in-person classes twice a week. A month later, officials closed all schools given a spike in COVID-19 cases and didn’t reopen some of them until May.

For more than a year, many teachers and students have struggled with ongoing power outages and unreliable or nonexistent internet connections amid virtual learning. 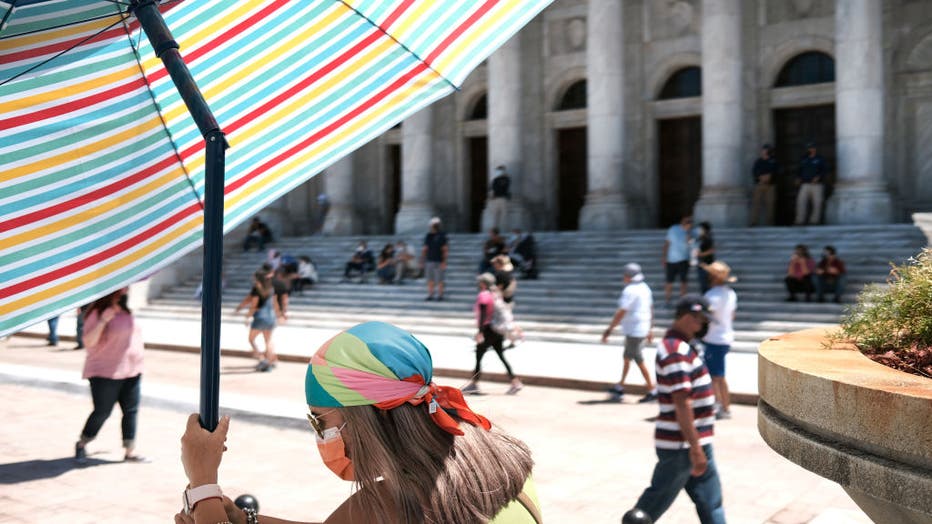 SAN JUAN, PUERTO RICO - MARCH 21: People walk through Old San Juan on March 21, 2021 in San Juan, Puerto Rico. As tourism on the island continues to surge, Democrats in Congress have introduced legislation to begin the debate on determining Puerto Ri

Strict conditions had prevented the U.S. territory from receiving certain federal funds in a timely manner under the Trump administration, but these have been easing under U.S. President Joe Biden.

The island of 3.3 million people has reported nearly 123,000 confirmed coronavirus cases and more than 2,000 COVID-19 deaths. More than 40% of the population has been vaccinated.