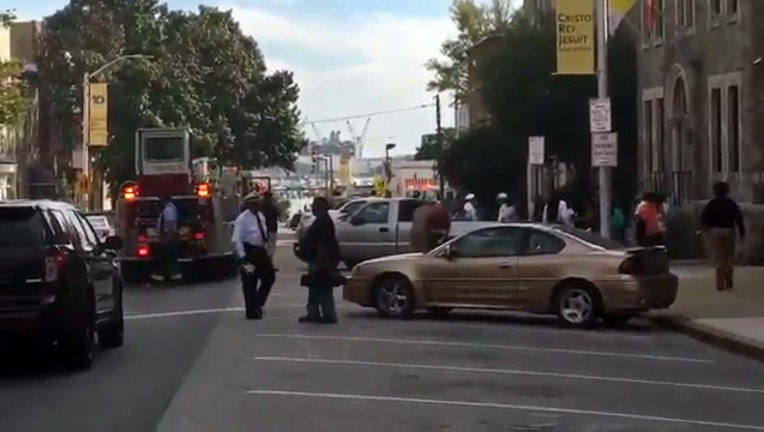 A HAZMAT team with the Baltimore Fire Department responded to a high school after a bad pumpkin spice air freshener caused a foul smell. (PHOTO: WBFF)

BALTIMORE - A pumpkin spice air freshener was to blame for the evacuation of a Baltimore high school and a Hazmat response, according to officials.

Authorities said they responded to Cristo Rey Jesuit High School at about 2:25 p.m. on Thursday after multiple teachers and students reported feeling ill due to a strange smell.

The school was evacuated and a Hazmat team with the Baltimore Fire Department responded to test the air quality.

After three negative readings, the fire department said an electric plug air freshener that was pumpkin spice scented was discovered to be the source of the problem. According to police, the air freshener appeared to have a bad plug or wiring.

Two students and two teachers complained of upset stomachs and were taken to the hospital for treatment. The fire department said fans were brought in to help air out the room.