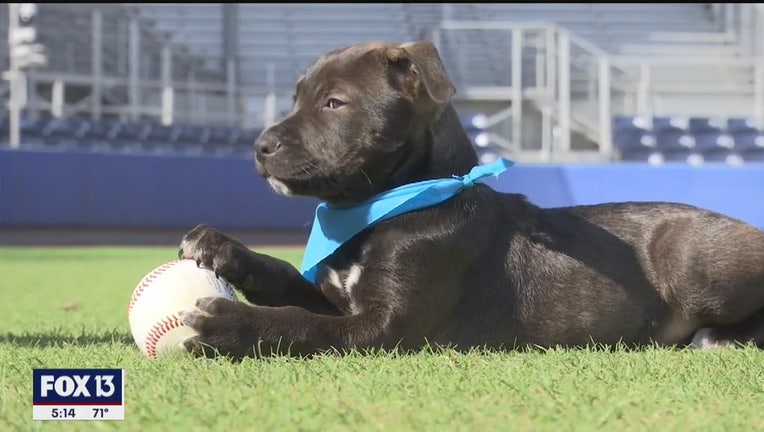 BRADENTON, Fla. - The only thing more relaxing than yoga might be yoga with puppies. That's why IMG Academy is incorporating puppy yoga into its pro athlete summit in Bradenton.

REP1 Sports brought the puppies in from Nate's Honor Animal Rescue and right away, one of them caught the eyes of Houston Texans reserve wide receiver Chad Hansen and his girlfriend, Bryce Watts.

Pro athletes do yoga with puppies at IMG

"He likes you," Watts told Hansen.

"They relieve stress naturally just by laughing and watching them play and run around," he said.

"I was laughing the whole entire time, even when they were stepping on my face. You can’t be mad at a puppy," she said. 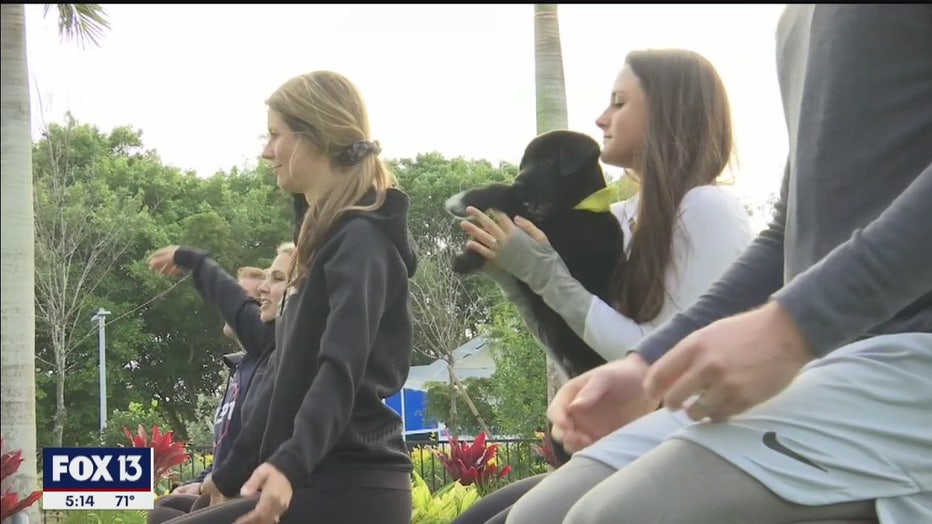 "The puppies got socialization and had a great time, the players got some stress relief and puppies cure everything," explained Nate's Executive Director Dari Oglesby". It’s the universal language of love."

Each puppy will be up for adoption. Their yoga and baseball time with the athletes could help them find a forever home.

"Every one of them deserves a home and every home needs one. Just look at them," said Philadelphia Eagles offensive tackle, Andre Dillard.

For more information on these puppies, visit https://www.nateshonoranimalrescue.org/dogs/.