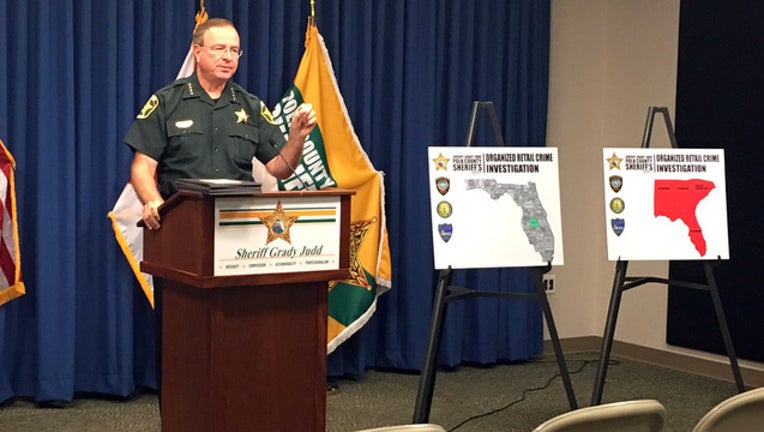 WINTER HAVEN (FOX 13) - The Polk Sheriff's Office says four people have been arrested and deputies are looking for three more in connection with a large retail crime bust.

Deputies say the men and women targeted Walmart stores throughout the Southeast and, over the course of two years, stole nearly $180,000 worth of items.

"They would go into stores, focus on electronics, and when they stole those electronics, they would do things like put them in boxes of diapers then seal the box back, go through, scan the box for the diaper coast, put it in bag, and walk out of the store," Sheriff Grady Judd explained.  "Sometimes they would simply load up the baskets with the products and walk out of the stores."

All seven are facing racketeering charges and could face up to 30 years in prison.

A $2,000 Crimestoppers reward is being offered for the three suspects on the run.

"This is not shoplifting.  This is organized crime," Judd continued.  "We're serious about locking them up and keeping them locked up."