Neighbors in Englewood came across an unexpected and rare visitor this week when they found a crocodile in their backyards.

ENGLEWOOD, Fla. - Neighbors in Englewood came across an unexpected and rare visitor this week when they found a crocodile in their backyards.

At least that’s what Kris and her neighbor thought Wednesday morning.

“[It was] right over here where that tall tree is but on this side of the fence and it was just lying there,” said Arrigoni, who said her husband called the non-emergency number for the Sarasota County Sheriff’s Office to reach an animal control officer. “So as we waited for animal control to show up, it all of a sudden got up and ran over here and bolted into this wooded area.”

Kris said she hit the record button and took a video of the animal control officer capturing the reptile in her backyard. That's when things took an unexpected twist.

“He pulls it out and he goes, ‘I think this is a crocodile.’ We’re like what? And he says ‘Yeah, it’s really rare to like a crocodile this far north in Florida,” she said. 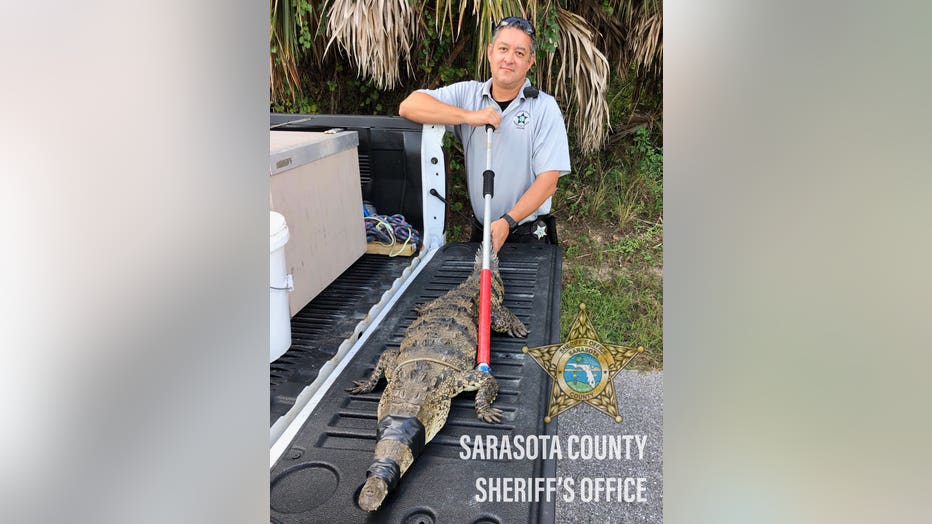 It turned out to be a 5-foot-long American crocodile female.

“Never in a million years would I think something like this would happen,” Arrigoni said.

It’s a very rare sight. The Florida Fish and Wildlife Conservation Commission said crocodiles are saltwater creatures, typically found in south Florida. FWC said the last confirmed report of a crocodile outside of that area was in Tarpon Springs in 2013.

“It is very rare, but it was a beautiful thing to see. It was really neat to be involved in it, especially that it’s a federally protected animal,” said Arrigoni. 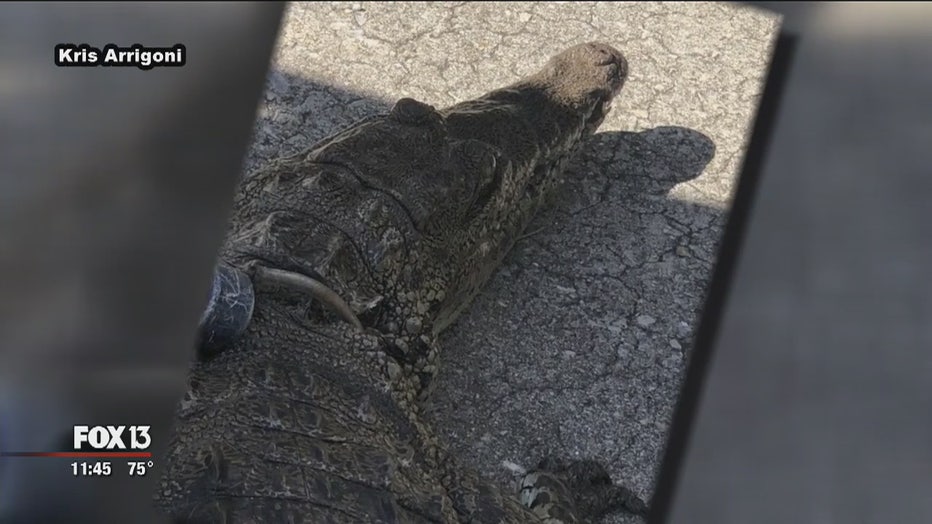 The crocodile was OK and no pets or humans were harmed. FWC said workers relocated the crocodile to a new, suitable habitat in South Florida.

“I said that I hope it winds up in a safe place where it can grow and live and be at peace and he said absolutely it will, thank you so much for what you did,” said Arrigoni of the FWC trapper who captured the crocodile. 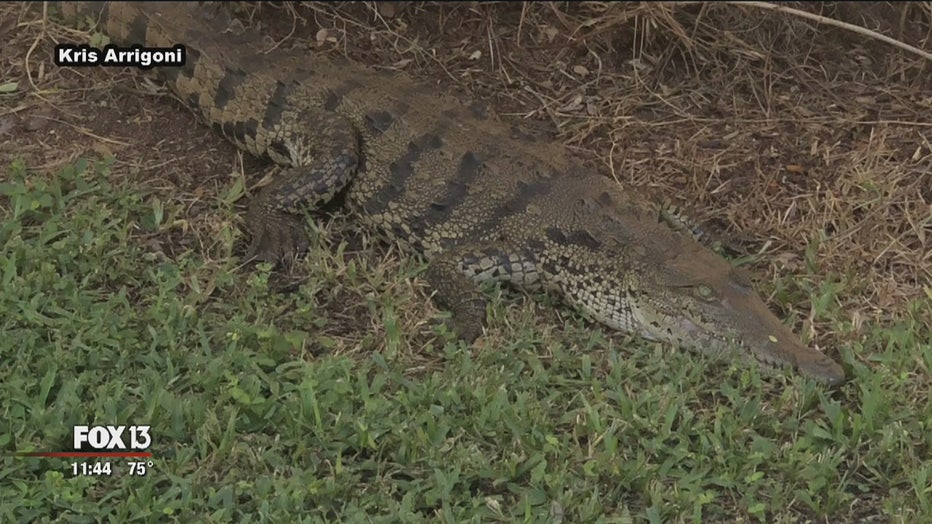 FWC said Florida is the only place in the U.S. where you can see a crocodile in the wild. Crocodiles in Florida are classified as threatened by the U.S. Fish and Wildlife Service after numbers rebounded from being an endangered species in 1975 to as many as 2,000 adult crocodiles today.