TAMPA, Fla. - Kristen and Anthony Lilla say they thought renting a residence from a big company would give them an advantage in Tampa’s hyper-competitive housing market. Instead, the military family says the eight months they spent living in a Progress Residential-owned home was "a nightmare of an experience."

Kristen says she was drawn in by Progress' large portfolio of homes available to rent in the Bay Area.

"We just figured it would make the rental process easier, to be approved and to be able to home shop and have a big selection. Little did we know what we were in for," she told FOX 13.

The trouble began, according to Kristen, before they even moved in.

"We knew the rental market here was nuts, so we started looking for places to live well ahead of time," said Kristen. "Then they pulled the house out from under us three weeks before we were supposed to move in."

With Anthony set to begin his new assignment at MacDill Air Force Base, the Lilla’s didn’t have much wiggle room. Kristen says they quickly selected another Progress property, sight unseen, because they’d already paid application fees and didn’t want to risk hurting their credit score by having it run again. 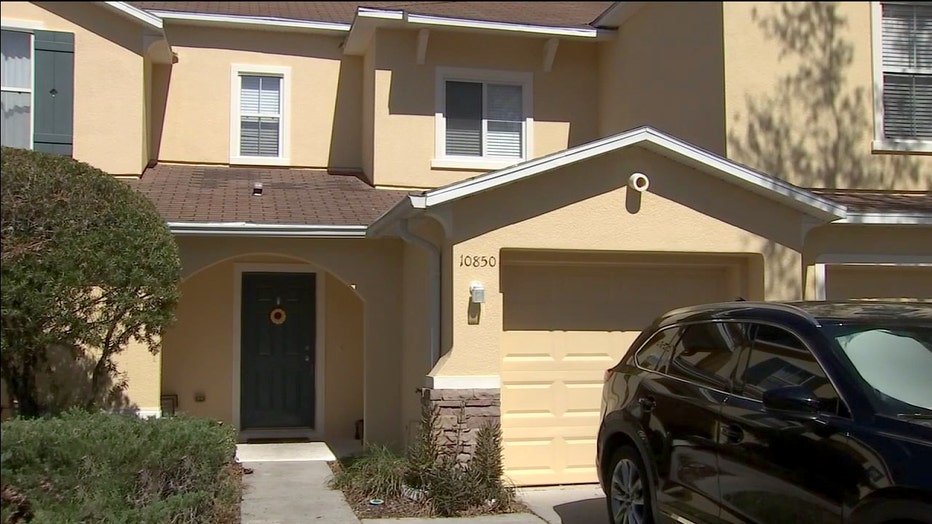 "We didn't even think we were going to be able to move in here on time," Kristen said of their duplex. "Just getting ahold of anybody and getting the transaction completed felt near impossible."

Their experience did not improve from there.

"Once we finally got the keys to move in, the place wasn’t cleaned. It was really dirty," explained Kristen, who says the previous tenant told her she’d paid Progressive’s $450 cleaning fee upon moving out.

The Lilla’s say the money didn’t buy a clean house.

"There was feces on the baseboards and the toilets and when we tried to get ahold of someone to explain the condition of the house when we moved in, we got bounced around from person to person. No one wanted to take responsibility," said Kristen.

They eventually gave up and cleaned the place themselves.

A month later Kristen said Progress charged them a $150 late fee, even though they paid their first month's rend before moving in. Progress said the amount they paid was one penny lower than what was due.

The Lilla's are renting one of the nearly 5,000 homes Progress Residential owns in Hillsborough County. Over the last decade, Progress has become the second-largest corporate rental company in the country, behind Invitation Homes.

It’s also among a handful of large out-of-state corporate landlords that have bought up tens of thousands of single-family homes in the Tampa Bay area.

"About four or five years ago it was hard for people to compete with those companies when they were buying with all cash," explained Tampa-based real estate broker Frank Albert.

In the aftermath of the housing crash, multi-billion dollar corporate investors began buying up homes across the country.

Progress Residential opened up shop in 2012 and is a subsidiary of the $40-billion investment firm Pretium, which is run by Don Mullen, the former Goldman Sachs partner who famously made big bucks betting against the housing market in what became known as the "Big Short."

Mullen and Wall Street investors are now betting on the country's skyrocketing rental market, which appears to be a winning wager.

The single family homes investors like Pretium bought at rock-bottom prices are now fetching huge profits for their corporate landlords. And with a market shortage of homes for sale, they're also keeping renters from becoming first-time homebuyers.

"All of those companies that bought homes, they're basically hoarding them. Now when the one person that traditionally owns their house lists it for sale there are 10 buyers for every one house for sale because 10% of our market is getting held up from corporate buyers," said Albert.

The number of homes for sale in Hillsborough County is 88% below its peak back in 2014, when everyone was selling but no one was buying.

The result is sky-high home prices and soaring rents, which have risen 24-30% according to some analyses.

"It doesn’t give you a lot of rental choices when they own so much of the market," said Kristen.

In January, the average Tampa home price had risen 25% over the year prior, according to Redfin. The median home price of $358,000 is nearly double the median cost of a Tampa home in 2017.

Higher prices have only spurred-on investors, who are buying properties in record numbers.

According to Redfin, nearly a quarter of all homes sold in Tampa last year went to investors. That number climbs to 34% in many neighborhoods traditionally seen as a friendly place for first time home buyers.

With so much of the housing market in the hands of corporate landlords, many renters say they feel helpless.

The Lilla’s experience isn’t unique, according to thousands of Facebook users who've joined a group called Victims of Progress Residential.

Members use the Facebook page as an outlet to vent about their rental experiences and swap tips for navigating common grievances: unresponsive staff, long wait times for maintenance requests, excessive fees and rent hikes.

Nearly 5,000 members have joined the group, including former employees who say renters aren’t the only ones frustrated with the way the company operates.

"Progress has a severe issue with staffing. Some markets with 5,000 to 6,000 homes only have two account managers within that market," said an Orlando-based former employee who wished to remain anonymous. "They’re severely understaffed so the amount of staff that is available is just incredibly overwhelmed."

The former employee said pleas to upper management regarding staff shortages were ignored and staff was frequently pressured to deny or delay maintenance requests.

"A leaky faucet, they will try their best to deem it a resident responsibility and charge them a $75 fee for maintenance coming out," said the former employee. "We only had leeway of approving up to $250 for a repair and sometimes even that would be scrutinized. It is all about their bottom line and if what the resident is needing does not fit their bottom line, forget about it. It’s not happening and it doesn’t matter how big the issue is. Things like roof leaks, or slab leaks, septic tanks that need to be replaced and cause chronic overflowing, appliances that are older and causing fires. The level of greed, the level of not treating residents fairly, kind of made me reevaluate: is this what I really want to do with my life?"

Progress Residential did not respond to FOX 13's request for comment regarding maintenance costs and delays, but denies that it is inadequately staffed.

In a written statement, the company said, "Progress is committed to providing a high quality leasing experience for our residents, including consistent, dependable and attentive service. We have the highest ratio of employees per managed home of any scaled professional operator, and 80 percent of all service requests are completed on the first visit. We maintain an easy-to-use digital maintenance request system, and we continue to do more each day to enhance the resident experience, set a higher standard of service and care for the individuals and families we serve."

The Lilla's, who are expecting their first child, say they're looking forward to this summer when Anthony is set to retire from the Army. The family plans to move back to Kristen's home state of Colorado where they hope to buy their first home.

For now, Kristen says their situation is demoralizing.

"It's frustrating. It definitely makes you feel helpless. I know [Progress] is doing this to a lot of people and it's a big corporation. You make phone calls, you do Better Business Bureau complaints, Google reviews. But beyond that, it makes you feel stuck. You know, we're a military family. We have to rent while we're here and have to have a place to live."