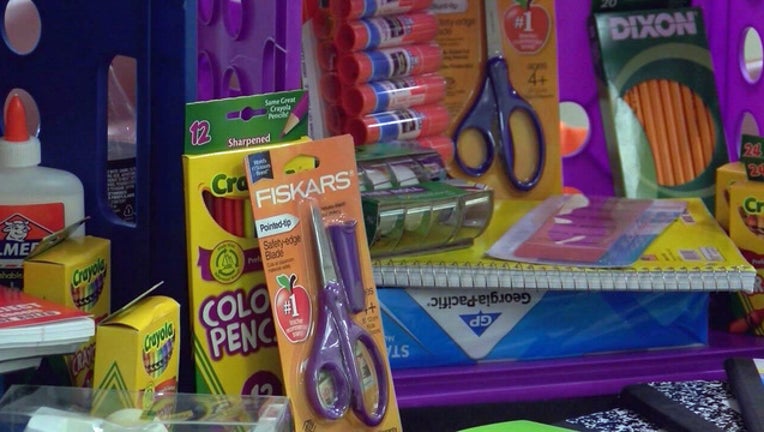 And the return to the tax holiday of computers and certain accessories with price tags up to $1,000 --- including items such as personal tablets, laptops and monitors --- is expected to create increased sales.

"It's something that people can save a lot of money on when you're talking (about) up to $1,000," said James Miller, the Florida Retail Federation's senior director of external affairs. "Our members tell us they (shoppers) take the money that they save and then buy other things with it: chargers, cords, ancillary items that support that technology."

"Retailers will be able to spread out their workers a little better, spread out their inventory, manage it a little better," Miller said. "What happened in the years past is you just had this big crash of people coming in on Saturday and Sunday, retailers aren't really able to provide that customer service that they want. Their inventory flies off the shelf so fast they're not able to manage it so easily."

Families are expected to spend an average of $700 on back-to-school shopping for students in kindergarten through 12th grade and close to $1,000 for college students, according to the retail federation.

Florida economists have projected shoppers during the sales-tax holiday will save $41.7 million, which accounts for the biggest part of an $87 million tax package (HB 7123) lawmakers approved this spring.

Without computer equipment and limited to three days, the holiday in 2018 was projected to save $32.7 million for shoppers.

Along with computer equipment costing up to $1,000, shoppers this year will be able to avoid paying sales taxes on clothes, shoes and backpacks costing $60 or less and school supplies costing $15 or less.

Businesses are playing up the discounts as they try to attract customers..

The regional chain Shoe Station is promoting the discount period as a limited-time promotion, President and CEO Brent Barkin said in a news release that it is an opportunity to save "on luxury lines that are rarely discounted."

But not everyone is sold on the value of sales-tax holidays.

The Washington, D.C.-based Institute on Taxation and Economic Policy, a non-profit liberal think tank, calls such holidays an "outdated gimmick."

Dylan Grundman, a senior policy analyst for the institute, argued in a news release that the brief holiday periods don't reduce taxes for low- and moderate-income families the rest of the year. Grundman pointed to a lack of personal income taxes in Florida, Texas and Tennessee, along with a reliance on sales taxes, as resulting in regressive tax systems.

But Miller said retailers annually request that the holidays be among the retail federation's top legislative priorities.

"If our members, our retail members around the state didn't find value in it, they wouldn't ask us to advocate for it as strongly as we do year in and year out," Miller said.

The overall tax package passed by lawmakers this spring and signed by Gov. Ron DeSantis also included other issues, such as a reduction in the sales tax on commercial leases from 5.7 percent to 5.5 percent. Also, it included measures to assist Northwest Florida farmers who sustained damage last year in Hurricane Michael.