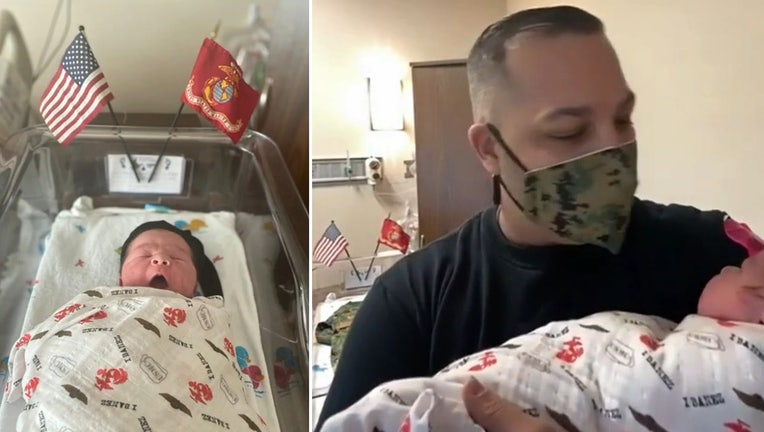 MIAMI - A retired US Marine and his wife welcomed their new baby boy on the Marine Corps' 245th birthday.

The couple told WSVN they were overjoyed that their baby shared the same birthday with the Marines.

"It’s an honor, especially for my husband,” Jessie Ann told the station. “It’s something that they take very seriously. They celebrate every year, so the fact that our baby now shares that with his dad is very special.”

Orlando spent 16 years in the service, deploying to both Iraq and Afghanistan. He says he hopes his son will one day follow in his footsteps.

“Oh, it’s amazing,” he said. “Just like my wife said, that my son was gonna be born on the Marine Corps’ birthday. Marine Corps birthday is 245 years old this year. Also now, with my son’s birthday, we share that bond.”