Demetri Lopez was released from the hospital and booked into jail. He faces armed robbery, car theft and criminal damage charges.

PHOENIX - A robbery suspect has been taken into custody in Downtown Phoenix after a wild standoff with police officers.

"We came home and there was a man on the roof," said one witness.

There was a heavy police presence in the area of 7th Street and Portland during the afternoon of Feb. 3. The suspect reportedly made his way onto the roof of an apartment complex, and members of the SWAT Team later moved in and tried to get him down.

In video taken at the scene, the man could then be seen swinging on cable wires before climbing his way onto the roof of another building, in an effort to evade police.

The suspect was identified as Demetri Lopez. 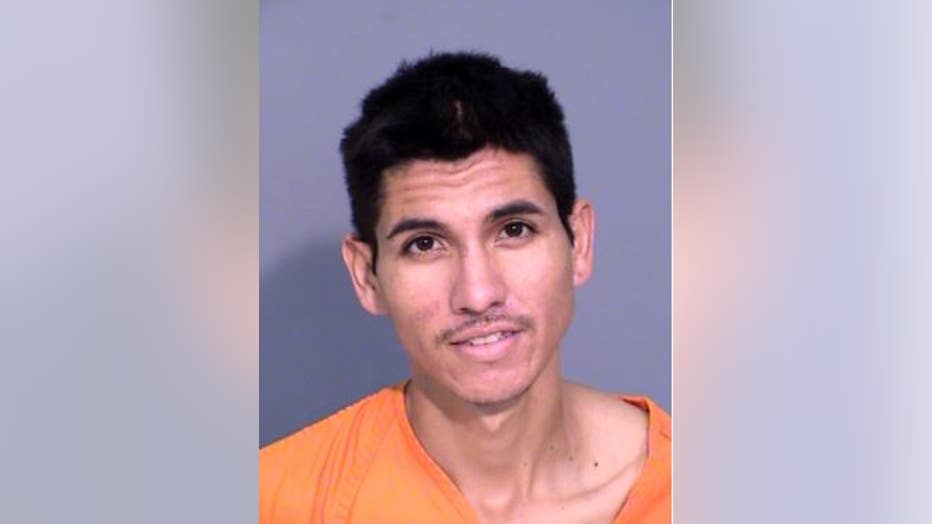 Man arrested after wild standoff with police in Downtown Phoenix

A witness in the area says he recognized the man as the person who stole his car at gunpoint on Tuesday.

A man, identified only as 'Todd,' told FOX 10 he called the police after recognizing Lopez from a previous encounter.

"He gave me eye contact he said 'what's up,' and then he kept walking and I said 'that's him,'" said Todd. "He stole my car at gunpoint yesterday."

The suspect eventually slid down other wires before being shot with bean bags and detained. In all, witnesses in the area say the incident lasted for at least an hour. They also applauded officers.

"They could have shot the guy multiple times," said a witness. "They were patient. They rubber-bulleted when it was safe, and they effectively made sure he was safe."

Following the incident, the suspect was taken to the hospital for minor injuries and has since been booked into jail. He currently faces charges of robbery, theft and criminal damage.