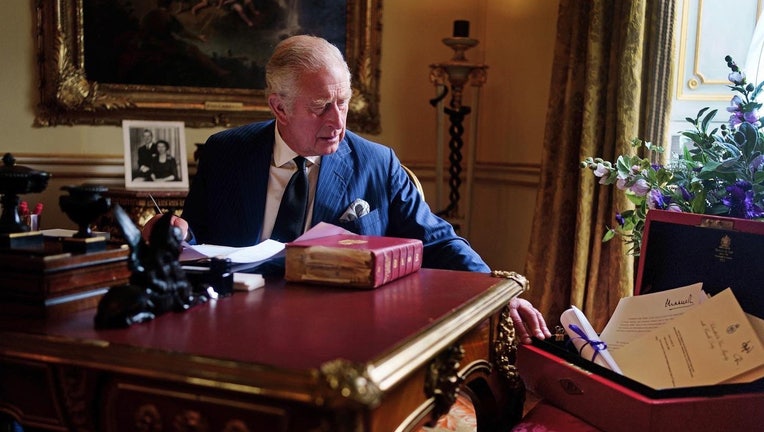 LONDON - King Charles III has been pictured taking up his new state duties in Buckingham Palace for the first time.

In the image the monarch is seen looking into his official red box which contains documents from the British Government and the Commonwealth.

In a sign of royal continuity, the picture is taken in front of a photo of his late parents, Elizabeth and Philip, which the pair had gifted to King George VI in 1951 — the year before Elizabeth became queen.

During her own reign, Queen Elizabeth II was also regularly pictured with her official red box, which each monarch receives from their private secretary.

The image was taken in the Eighteenth Century Room at Buckingham Palace three days after Elizabeth died.