Russian vodka being pulled from shelves in US, Canada

Liquor stores and bars across the US and Canada have started throwing out their stocks of Russian vodka in protest of President Vladimir Putin’s invasion of Ukraine.

Liquor stores across the U.S. and Canada have started throwing out their stocks of Russian vodka in protest of President Vladimir Putin’s invasion of Ukraine, according to reports.

In Ontario, Canada, Finance Minister Peter Bethlenfalvy directed the provincial Liquor Control Board to have stores remove Russian vodka and other alcoholic products, according to the Canadian Press.

Products will be removed from nearly 700 stores across the province. 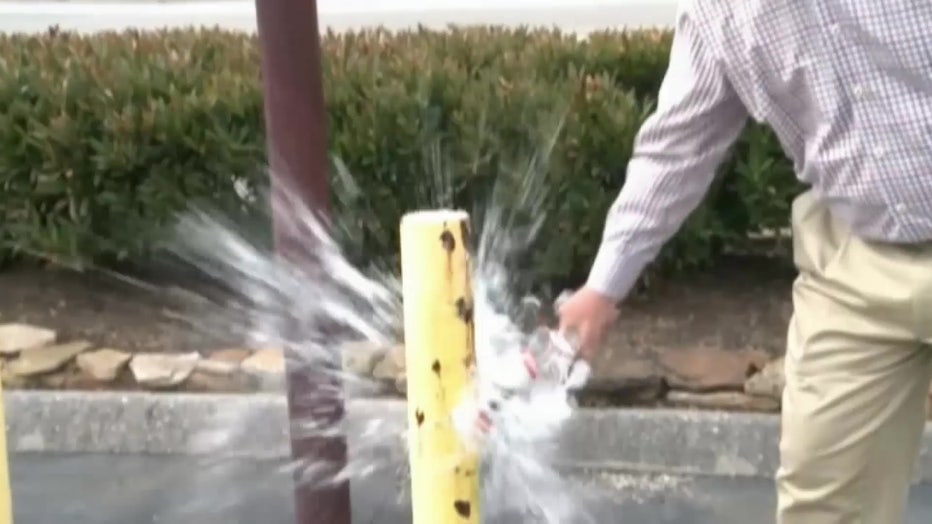 Bob Gilbertson of Bob's Liquor Store in Knoxville, Tennessee sold what Russian vodka he had at cost, and says he won't sell it again soon. He smashed a bottle of it outside his store.

"Ontario and the LCBO can't say it's truly standing with Ukraine while continuing to be Putin’s customer," Steven Del Duca, leader of the Ontario Liberal Party, said.

The Nova Scotia Liquor Corporation removed Russian products from its shelves and website because of the "terrible events taking place."

"Our province stands with those who understand Europe's peace following two world wars depends on respecting international law," he told the Canadian Press.

In the U.S., the Jacob Liquor Exchange in Wichita, Kansas, decided to remove its more than 100 bottles of Russian vodka from the shelves and poured some of it on the ground.

"I think the whole world knows by now that Russia’s at war with Ukraine for no apparent reason," Jamie Stratton, wine director and partner of the store, told KSNW-TV in Wichita. "I guess this is our sanction … and this may be small, but every small thing makes a difference."

In Oregon, the owner of a bar in Bend filmed himself pouring out all of his Russian vodka, according to FOX 12 of Portland. 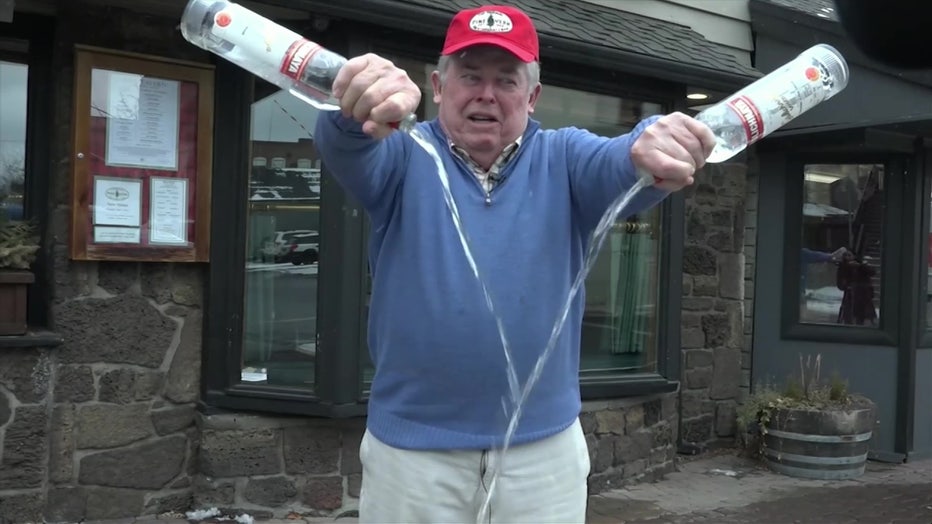 Pine Tavern restaurant owner Bill McCormick in Bend, Oregon says he poured all of his Russian vodka down the drain.

"Russia is acting as though it's 1939 and going into Europe with a full force that they have in the Ukraine," Bill McCormick, owner of Pine Tavern, told the station. "I am so concerned about it metastasizing into other countries."

He said he stood to lose a few hundred dollars over the spilled vodka – but said the protest was worth it to him.

Bob Quay, owner of Bob’s Bar in Grand Rapids, Michigan, told MLive.com he pulled several bottles off his shelf as a "protest against the aggression."

"I just made the decision on the spot," he told MLive.com. "It’s just something little we can do."