A 21-year-old Saginaw man is dead after police say a homeowner shot him during a middle-of-the-night encounter on the homeowner's porch.

SAGINAW, Texas - A 21-year-old Saginaw man is dead after police say a homeowner shot him during a middle-of-the-night encounter on the homeowner's porch.

Andrew Russell's mother says her son suffers from a medical condition and had likely wandered out of his home and needed help.

Police are going to take the evidence they have to a grand jury, who will then determine whether the homeowner faces any charges.

The mother of the man who was shot says she knows her son meant no harm and hopes the investigation leads to some answers about what happened.

Russell was shot and killed early Monday morning on the front porch of a suburban Saginaw home. 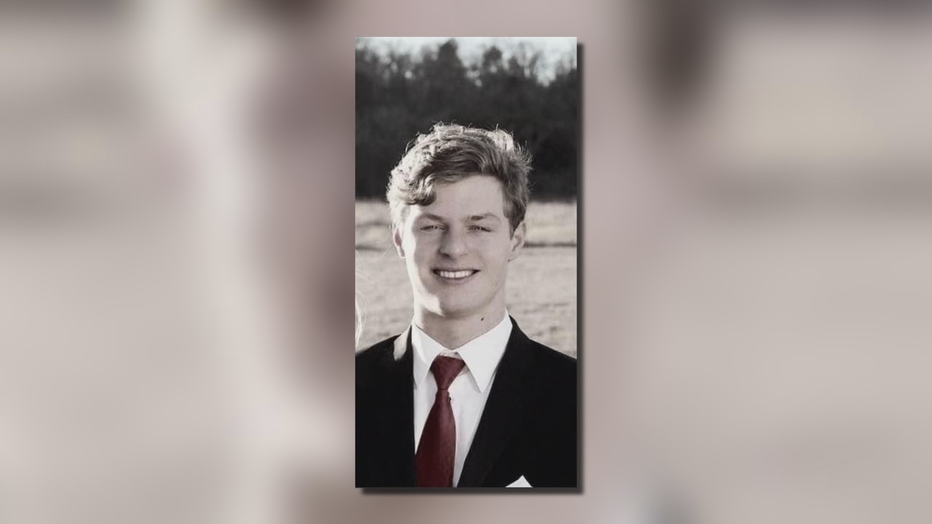 The homeowner told police: "he was threatened at that point and felt the need to defend himself."

But Russell’s mother, Cynthia Williams, says she needs more clarity about what happened.

"I’m very questionable of what happened. I think there's more to this," she said.

Saginaw police say they got the call at 3:55 a.m. Monday reporting shots fired at a home on Babbling Brook Drive.

Investigators say Russell had gone to three or four homes, knocking on the front doors.

According to police, one homeowner answered the door and told Russell to go away.

Police say at some point, Russell started to leave but then rushed back toward the homeowner who then fired multiple rounds, killing Russell.

It’s unclear what the two may have said to each other before the shooting.

Surveillance cameras did record the incident, and those recordings are part of the investigation.

"This was not justified. The homeowner could have secured himself in the home," Williams said. "He could have called 911. They could have spoken to him through the door, through a Ring camera."

Williams says her son wasn’t violent. She says Russell suffered from epilepsy and frequent seizures for years, recently undergoing surgery to try to stop the seizures with an electrical implant. She says her son has a history of wandering around at night.

"We can’t tie him down to a bed. He’s an adult," she said. "And sometimes whenever he has seizures, he does wonder."

Saginaw Asst Police Chief Russell Ragsdale confirms multiple previous medical visits to Russell’s home and says his medical condition will be a part of the investigation. But he’s unsure if that will make much of a difference with the facts of the case.

"It could have some factor into it," he said. "Ultimately, it’s going to be the grand jury that makes a determination if this is a castle doctrine defense case or if this is a homicide case."

Williams says her son was looking forward to attending college after graduating from Chisholm Trail High School in 2019. She hopes police conduct a thorough investigation into the incident that ended his life too soon.

"He lit up a room with his smile, and everyone loved him," she said. "He was just a wonderful child. He had a beautiful soul."

A few days earlier, there was a burglary just four blocks away. It’s unclear whether or not that led the homeowner to be on high alert when he heard the knock on the door.

Russell’s family will be holding a candlelight vigil in his honor on Friday night at St. Thomas the Apostle Catholic Church in Fort Worth.