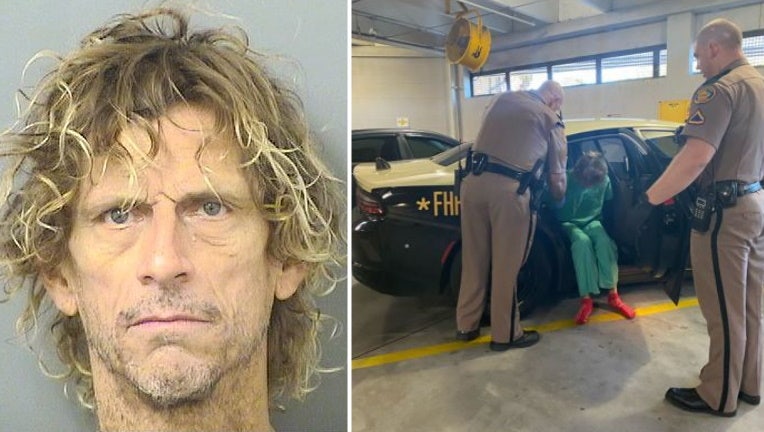 RIVIERA BEACH, Fla. - The founder of the popular beach clothing brand Salt Life is being held in a Florida jail as a “flight risk" after being charged with fatally shooting an 18-year-old woman in a hotel room last month.

On Monday, Palm Beach County Judge Ted Booras set bond at $255,000 for Michael Troy Hutto, 54, on a manslaughter charge in the death of Lora Grace Duncan, court records show. Hutto remained in jail and a lawyer for him was not listed on court records.

Police found Duncan’s body at the Hilton Singer Island Oceanfront resort after her father reported he had not heard from her in two days, according to an arrest report. He told investigators Hutto and his daughter were in a relationship and that she “sounded out of character” when they last spoke, police wrote in the documents.

Hutto's belongings, including his wallet and an ID card, were in the hotel room, investigators said in an arrest report.

Authorities then began searching for Hutto. The Florida Highway Patrol arrested him at a Jacksonville hospital, about 280 miles from the hotel, after the St. Johns County Sheriff’s Office told another law enforcement agency he had overdosed in his car at a St. Augustine gas station Oct. 28.

Prosecutors and police said Hutto admitted to accidentally shooting Duncan while the two were “playing” with a gun inside the hotel room.

Salt Life issued a statement last week saying Hutto had not been involved with the company since he and his partners sold the business in 2013 for nearly $40 million.