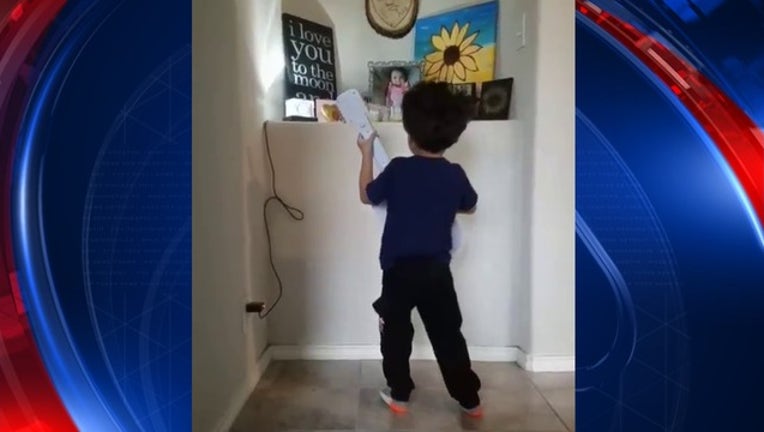 A 4-year-old San Antonio boy was plucking heartstrings across Twitter this week after his father shared a sweet video of him singing a Disney tune for his late sister at her memorial.

Samir Deais shared the Twitter video on Dec. 30. It showed his son, Alexander, strumming a toy guitar while singing “Remember Me,” from the Disney Pixar film “Coco.” The boy was singing on what would have been his sister Ava’s first birthday.

“My son singing ‘Remember Me’ from the movie 'Coco' to his baby sister, Ava, who we lost this past May,” Deais tweeted. “He's only 4 years old and he understands. He didn't even know he was being recorded. He just wanted to sing to her for her 1st birthday!”

The Deaises, from San Antonio, told mySA.com their daughter was born with a kidney condition called hydronephrosis, characterized by fluid buildup in the vital organ. She died at 4 months of age.

The animated movie, which centers on Mexico’s Day of the Dead traditions and a boy’s musical dreams, helped Alexander cope with his family's staggering loss.

"I couldn't be more thankful for the movie," Deais said. "It's made it so easy to understand for him and for us to explain to him in a beautiful way."

Read the full story on FOXNews.com