The Coder School gets kids into technology

SARASOTA, Fla. - At The Coder School in Sarasota, 9-year-old Cameron Stamarski and 7-year-old Anna Luce are stepping up their technical game.

They're learning to create everything from apps to websites.

The after-school program gets kids started at a young age with skills that will benefit their future.

Pete Christinzio, the owner and operator of the school, says the franchise started in Silicon Valley back in 2014. The Sarasota campus was the first one in Florida.

"Being a programmer, [I] thought it would be a great thing to open up in the Sarasota area. What I liked about The Coder School is that it was a learn-by-doing kind of a program," said Christinzio.

The students work with coaches in sessions that run one to two hours a week. 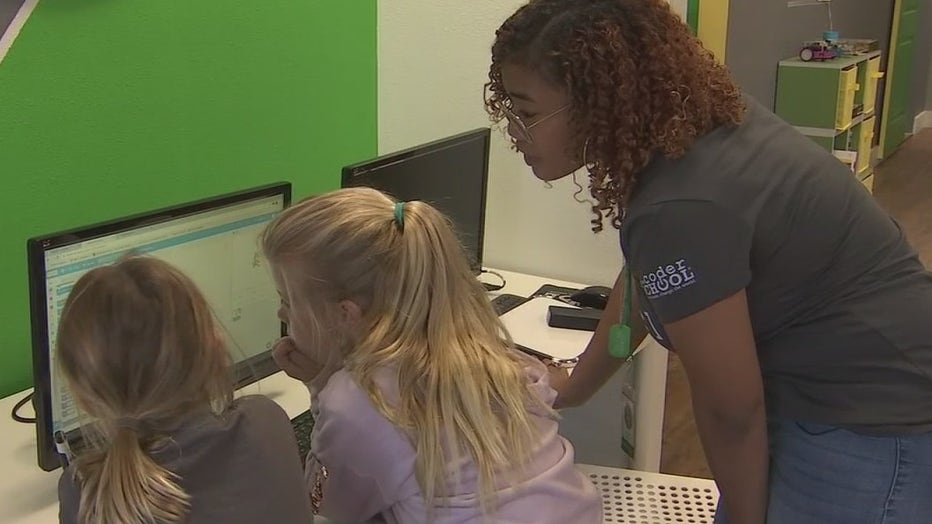 "They work in a two-to-one environment so you have a coach with just two students so it's an intensive environment and what they really try to do is find a project that interests the student," said Christinzio.

It's not always serious but what they create in the school is molding them for the future.

"For this generation of kids, it's going to be the leg up that literacy was a hundred years ago like you can work and you can get by without it but if you have it there are many many doors that are going to be open to you," said Christinzio.

Stamarski knows he'll be using this when he grows up. And he realizes that getting a head start now will give him a big advantage later.

"I want to make games," he said. "If you know how to code you can make everything."

Along with Sarasota, there are The Coder School locations in South Tampa and New Tampa.

For more information about The Coder School visit https://www.thecoderschool.com/.