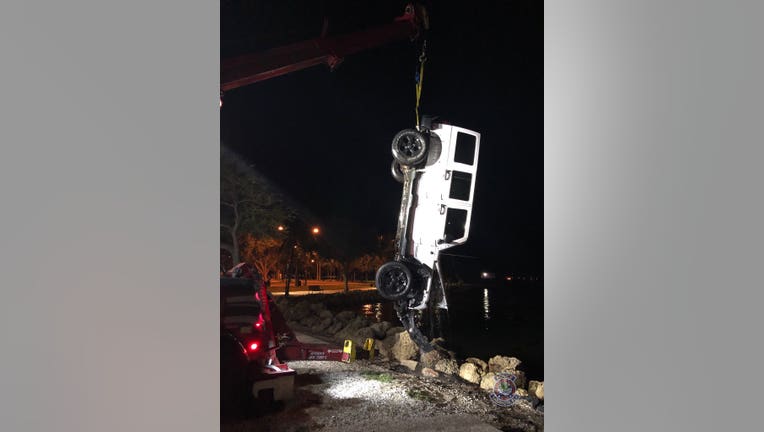 Sarasota police arrested the driver of this vehicle on suspicion of DUI. They say the suspect drove into the water at Sarasota Bayfront. (Sarasota Police Department)

SARASOTA, Fla. - A driver was arrested for DUI after crashing a Jeep into the water along the Sarasota Bayfront, police said.

The crash occurred Tuesday night near 10th Street. The suspected driver was heading westbound and drove into the water, police said based on preliminary evidence. That driver got out safely and was taken into custody. The vehicle has since been removed from the water.

Sarasota police did not provide the suspect’s identity. They said no one else was injured. 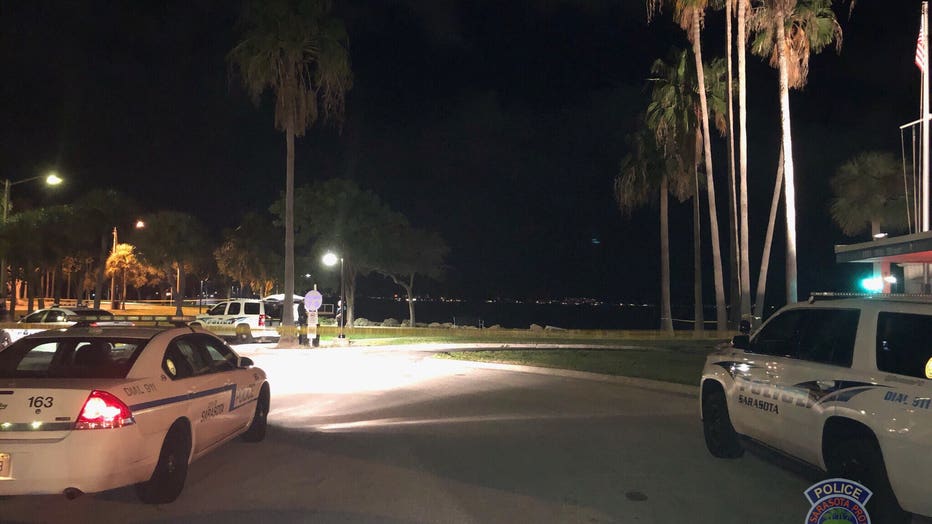