SARASOTA, Fla. - Most people knew him as Coach E, but Elton Strawderman was more than a football coach to so many.

The community of Sarasota High School is mourning the loss of a man who helped countless students -- on and off the field.

He lost his life after a battle with COVID-19, but his memory continues with the students he impacted.

"He was somewhat of a missionary. People who live a life in Christ typically find their way to reach out and give back. Football and athletics was his way," said Brody Wiseman, the head football coach at Sarasota High School who hired Strawderman as an offensive coordinator.

"I would always see him out there working with kids. People like that when you see them you can tell right away the person they are. He just lit up everyone around him and was that person that had more energy than everyone else," said Wiseman. 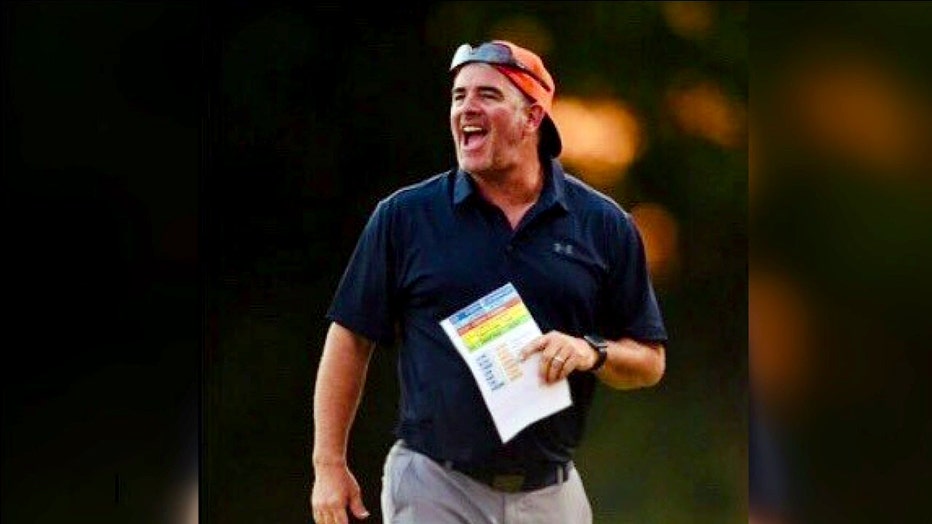 Strawderman used his experiences to mentor kids within the program and around the area. He'd been a coach for about 20 years, previously at Braden River and Bradenton Christian schools.

A few weeks ago, he was diagnosed with COVID-19.

"The whole time talking he was very assured he would beat this thing. That’s just the type of person he was. He was a warrior in just about everything he did," said Wiseman.

While he worked to fight the virus, complications arose. At 49 years old, he took his last breath.

"I think that’s what made it hard for a lot of people to accept that this could happen, just because he was so full of life and energy and passion," said Wiseman.

While Coach E is no longer here, his family and team carry his memory, on and off the field.

"He really stood out as a guy who was in it for everything that matters and what you should be in it for," said Wiseman.

An online fundraiser has been set up for Strawderman's family at https://www.gofundme.com/f/for-coach-e.