SARASOTA, Fla. - Officers in Sarasota are waiting to hear the outcome of negotiations on their contract, but things haven't gone smoothly.

The Sarasota Police Union, IUPA local 6045 is in negotiations with the city on the new contract, set to take effect October 1.

"We are asking to do more and more as police officers. We are asking to be social workers, mentors for youth, we are asking to solve problems in the community and we are doing this with less officers now than we have ever had before," the union's president, Officer Eric Urbain said.

At the top of the list is competitive wages. Starting pay for a certified officer is $48,276. After completing one year, an officer will make a base pay of $55,826. With 13 openings, Officer Urbain said it's not enough.

"We have officers turning down employment offers with the city of Sarasota, and we are currently losing who are going to other agencies or other forms of employment for more competitive wages," he said.

The union is also asking for a policy protecting officers from discrimination. The city of Sarasota said it doesn't discriminate, plus the officers are already protected under state and federal laws and local ordinances.

The officers are also asking for good faith negotiations, claiming the city's team has been unprofessional, delayed and denied every article they have proposed. 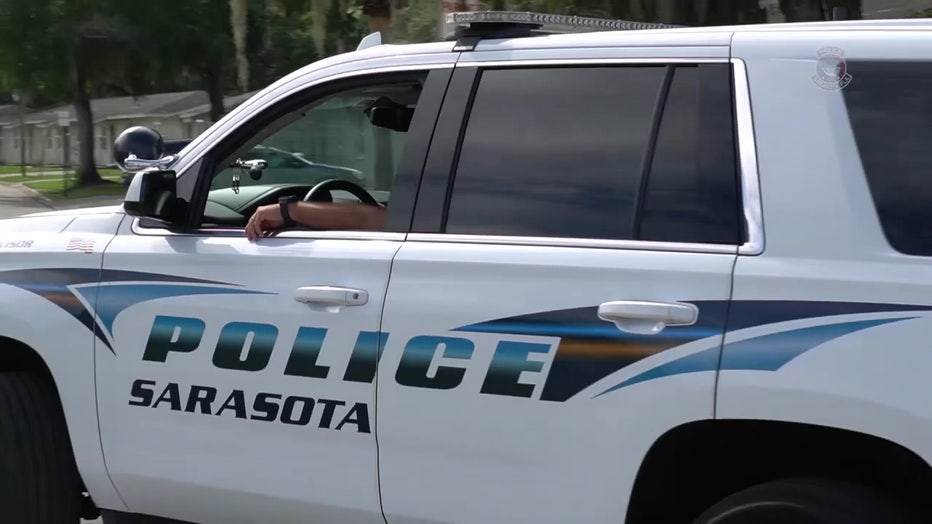 Meanwhile, officers like 11-year veteran of the force, detective Dominic Harris, says he took his pledge to serve and protect his hometown and he hopes the city will do the same.

"The community relies on us to keep them safe," he said. "The city needs to work with us to provide the community with the first class police department they deserve."

The city said in a statement:

"Since February 2022, City management representatives have regularly participated in multiple negotiation sessions with the IUPA bargaining unit. From the beginning, we have negotiated in good faith and in accordance with Florida Statute 447, which outlines collective bargaining practices. We have been active participants, responded to numerous proposals and listened to the IUPA members during the negotiations. We will continue to do so, as we do not see this as a win/lose proposal but an opportunity for both sides to present information and come to acceptable agreements.

While we are in active negotiations with the IUPA, we want our residents to know that:

We respect and honor the service of all our employees, and we look forward to additional professional and productive negotiations on a new collective bargaining agreement."

Officer Urbain argues that, without changes, the city could lose even more officers on the beat.

"Without a competitive compensation plan, to attract the most top-tiered officers that we can find, we are potentially setting ourselves up for a public safety crisis," he said.