SARASOTA, Fla. - The Sarasota Police Department dive team was treated to a feeding frenzy during an offshore training exercise, but the buffet wasn’t for the officers.

In a video posted on Twitter, Sarasota PD revealed a massive bait ball just under the water’s surface, with several hungry sharks circling, waiting for one of the fish to swim out and become lunch.

The video shows two views of the ball of silver baitfish. One video shows the action above the surface, where you can see splashes of a circular commotion under the water.

The second video shows the circling sharks, herding the school of fish in a way that makes them easier to catch.

The circle of small bait fish was swimming in the shallow waters of Old Tampa Bay, between Rocky Point and the Howard Frankland Bridge, just after noon.

Stephannie Kettle with Mote Marine Aquarium said it’s hard to identify the type of sharks or fish in the video, but said they could be blacktip or spinner sharks, based on their location in the Gulf of Mexico and the behavior around the bait ball. 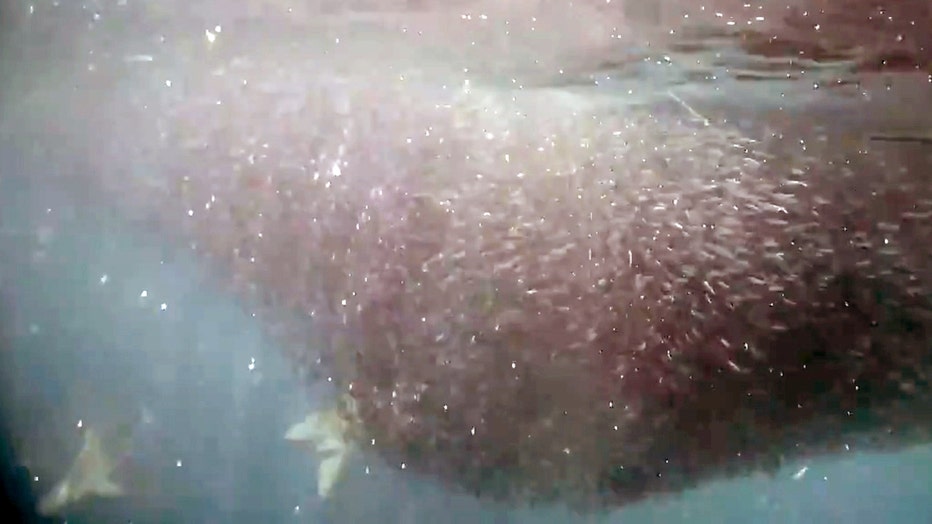 Kettle said there are many types of silvery fish that school in this way.

Sarasota PD said the bait ball and sharks were a sight to see, but decided to remain at a safe distance and took their lunch above water instead.

Kettle said while a sighting like this is exciting, it’s best to avoid being in the nearby water.

As with any excursion in the ocean, it’s important to be aware of your surroundings. Schools of baitfish or other prey could be a sign that a predator is nearby. 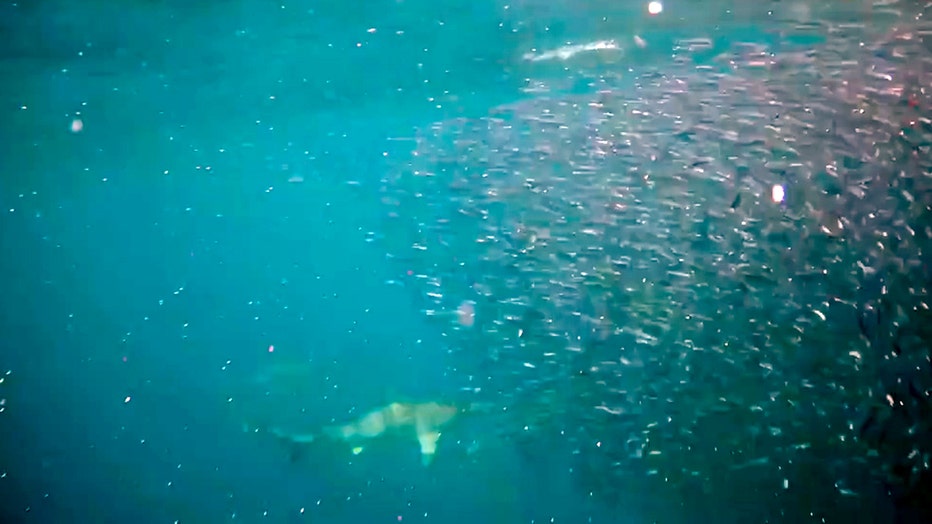 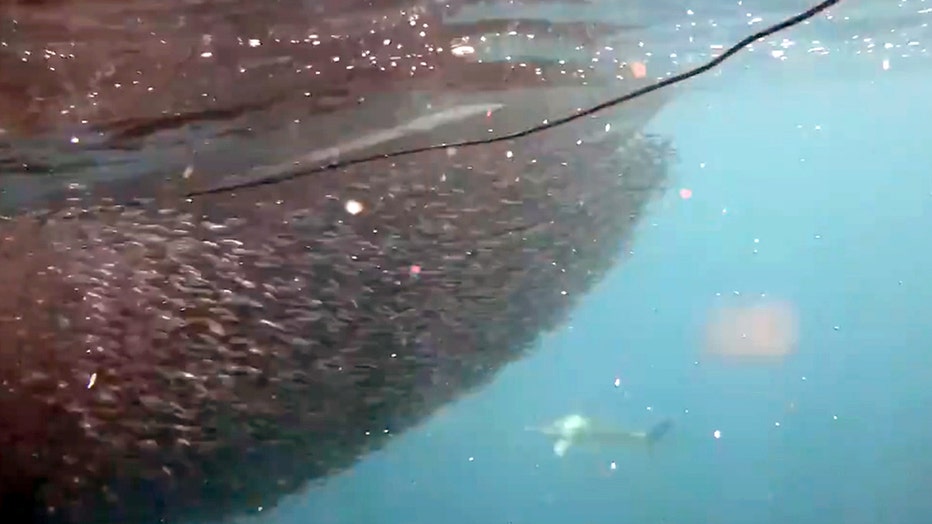